Speaking of Trek, tonight’s episode of Enterprise (“Stigma“) has to be the most heavy-handed attempt to make a political point in a Trek episode since the infamous “Let that be Your Last Battlefield” episode of the Original Series (1/10/69). At least the save the whales plotline of Star Trek IV: The Voyage Home was camouflaged behind a decent story and some great dialogue. 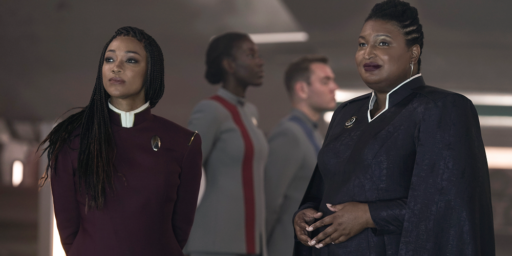