Earlier this month, James Joyner took note of a part of a long piece about President Obama’s late night work habits that seemed, well, rather odd. Specifically the fact that he limited his snacking to seven lightly-salted almonds. Not six almonds mind you, not eight, but precisely seven. And not regular or unsalted,  nut “lightly salted.” As James and others who commented on the anecdote, it demonstrated a self-discipline that was odd to say the least.

Well, it turns out the whole story has its roots as a joke:

As people watched Mr. Obama’s speech at the Democratic National Convention on Wednesday, many took to Twitter to offer a thought: That he did such a good job, he deserved to let himself eat more than seven almonds that night.

“Tonight, Obama’s going to eat seven chocolate-covered almonds,” Matthew Yglesias, a journalist at Vox.com, posted on Twitter during the speech.

The observations were referring to a story I wrote this month about how Mr. Obama spends his time in the evenings, reading briefing papers and watching sports in the Treaty Room, often into the early hours of the morning.

Among the details in the story, from his personal chef and close friend, Sam Kass, was the fact that Mr. Obama was disciplined about not snacking on junk food or drinking soda. His snack of choice, Mr. Kass told me at the time, was seven almonds.

“Michelle and I would always joke: not six, not eight,” Mr. Kass said. “Always seven almonds.”

But in an interview that aired on Thursday, NBC’s Savannah Guthrie put the question directly to Mr. Obama, who seemed eager to set the record straight.

“This is an example of the weird way that the press works,” Mr. Obama said, chuckling. “Michelle and Sam Kass, who was our chef here, one night they were talking about me and teasing me about how disciplined I was, that I didn’t have potato chips or I didn’t have a piece of cake. And this is when Michelle said, ‘Yes, and he just has seven almonds. That’s it.’ To really drive home the point that I needed to loosen up a little bit. And Sam relayed this joke to The New York Times in the article and somehow it was relayed as if I was counting out the seven almonds.”

In the interview with Ms. Guthrie, Mr. Obama acknowledged the point that Mr. Kass made during our interview: that what impressed him about the president’s nighttime habits was the discipline he has in getting through hours of difficult work without unhealthy snacks.

But Mr. Obama insisted that he’s not quite so disciplined that he counts out seven almonds every time.

Asked whether he would allow himself to eat 10 or 11 almonds once he has left the White House, Mr. Obama said, “Absolutely.”

Way to be rebel there, Mr. President. 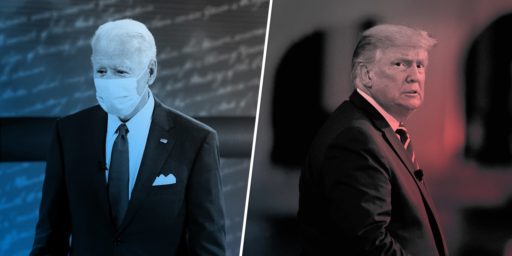