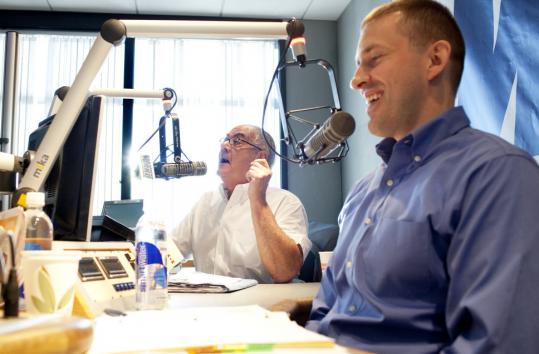 In September 2003, when the Bush Administration was pushing a new oversight agency to monitor Fannie and Freddy:

Among the groups denouncing the proposal today were the National Association of Home Builders and Congressional Democrats who fear that tighter regulation of the companies could sharply reduce their commitment to financing low-income and affordable housing.

”These two entities — Fannie Mae and Freddie Mac — are not facing any kind of financial crisis,” said Representative Barney Frank of Massachusetts, the ranking Democrat on the Financial Services Committee. ”The more people exaggerate these problems, the more pressure there is on these companies, the less we will see in terms of affordable housing.”

“He has long been an advocate for extending homeownership, even to those who couldn’t afford it, regardless of the cost to the American people,” said Bielat, 35.

Frank, a leading liberal who has represented the state’s Fourth Congressional District for nearly 30 years and became chairman of the House Financial Services Committee in 2007, said he and other Democrats fought to curb predatory lending practices before the recession but were thwarted by Republicans. He said he had supported efforts to help low-income families rent homes, rather than buy them.

“Low-income home ownership has been a mistake, and I have been a consistent critic of it,” said Frank, 70. Republicans, he said, were principally responsible for failing to reform Fannie Mae and Freddie Mac, the mortgage giants the government seized in September 2008.