The blogosphere spends more time dissecting the lyrics of a classic Beatles song than John Lennon did in writing them. 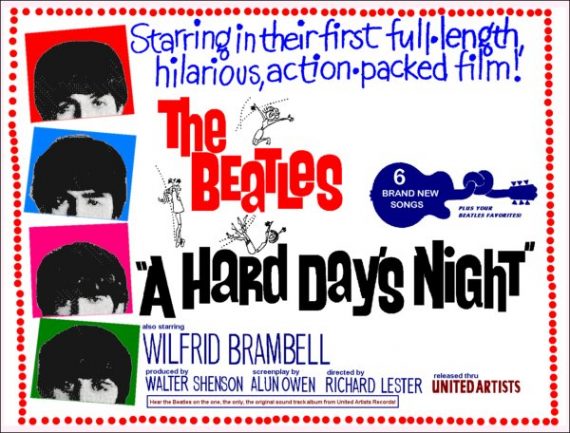 Julian Sanchez has apparently always been “bugged” by this couplet from the title track from the Beatles’ Hard Day’s Night soundtrack:

Julian’s consternation centers around the justice of “everything” being exchanged for a finite amount of things.  Presumably, this is aptly addressed by slightly older readers who point out that, in the parlance of 1964 soft rock, “everything” was just one thing — and one for which the availability was more constrained then than it would be before the bubble burst by the end of the decade.

Amusingly, commenter Mark points out, “Just this post alone has resulted in something like 10x as much time spent thinking about this song as Lennon put into it the night he wrote it.”  But that’s the story of the blogosphere.

At any rate, here’s a video of the single: