Blizzard Over; Shutdown to Last for Days

Not your average DC-area snowstorm. 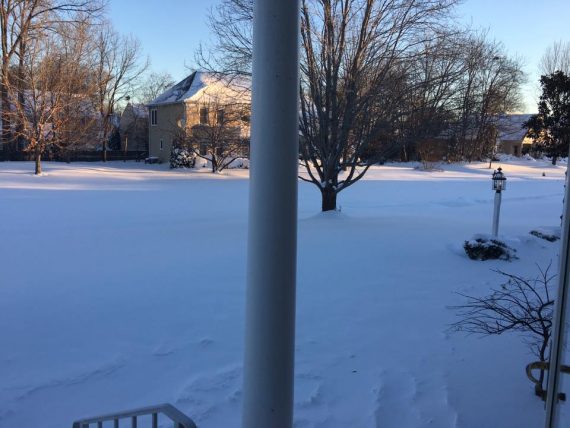 We got about two feet of snow in my neck of the woods. The power, which goes out way too frequently, mercifully never flickered here.

While the depth of the snow doesn’t strike me as that much worse than some other storms we’ve had since I moved to the area 13 years ago, it’s clearly worse. Yesterday morning, it was already deep enough that the girls didn’t want to play in it for more than a few minutes. In addition to being significantly colder than typical of our snowstorms, they could barely walk in it and the snow was too soft to support their sleds. It snowed for another twelve hours after that.

More significantly, while the roads in our subdivision are typically plowed continually during storms, we haven’t seen one since Friday afternoon, a couple hours into this one. While people in the neighborhood typically get in their cars and go somewhere way before they should, no one has budged this time.

More broadly, authorities are warning it will be “days” before everyone can get out.

We’re in good shape here, well stocked with provisions and with a gas fireplace and grill in case power does go out. But I’m sure a lot of people aren’t as well supplied. Given the forecast, people stocked up for the storm. But most did so with the expectation that they’d be able to resupply this afternoon—Monday at the worst. That’s likely not happening.