British Embassy Marks Anniversary Of Burning Of White House, With a Cake 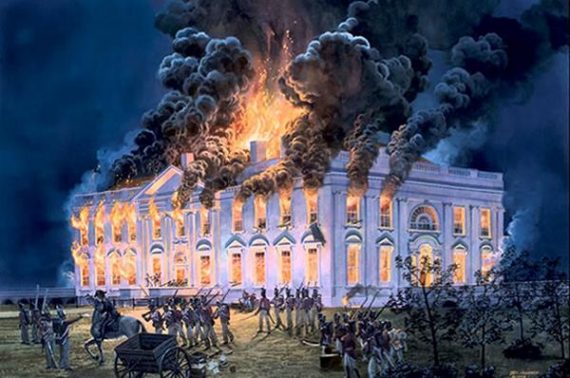 Yesterday marked the 200th anniversary of the burning of the White House by British forces during the War On 1812 so, of course, the British Embassy decided to bake a cake:

Commemorating 200 years of peace between the US & UK pic.twitter.com/5fEKRKxBFU

Commemorating the 200th anniversary of burning the White House. Only sparklers this time! pic.twitter.com/QIDBQTBmmL

Apparently, some people on social media were offended by the whole thing last night. The embassy eventually tweeted out an apology of sorts, linking to a Huffington Post piece by Deputy Head of Mission Patrick Davies. Personally, I thought it was hilarious. Nicely played, Brits.