The Washington Post has offered another round of buyouts to its staff and two of their biggest names, David Broder and Tony Kornheiser, have opted for the cash.

In Broder’s case, it appears to be mostly an accounting move, as he’ll still be doing what he does now, just on a contract basis.

The column you have been running will not change at all, and you will continue to receive it from The Washington Post Writers Group. I will continue to write from the same office in the Post newsroom and will continue to travel the country to wherever politics is happening. You will find me at the Democratic and Republican conventions this summer and on the campaign trail this fall, just as I have been this winter and spring.

As of Jan. 1, I will become a contract employee of The Washington Post Company. For the last two years, the bulk of my reporting has gone into the column, rather than the news pages of the Post. This change will allow me to focus entirely on the column, while freeing up the Post to use its budget for other news-section salaries and expenses.

Kornheiser, it appears, will be gone. He made the announcement on his radio show:

“All I ever wanted to be was a newspaper writer,” he said, which is likely not something that anyone under the age of 30 will ever say again. “This other stuff is great, but I don’t care about it,” he continued. “In my mind that’s what it says on the headstone, it says ‘newspaper guy.’ “

He’s been joking about the possibility on PTI for weeks now, so no real surprise. And, really, while he was a terrific writer in his day, he’s been phoning it in for quite some time. He’s stretched amazingly thin, with numerous TV and radio gigs, and just doesn’t do reporting anymore.

One wonders what other big names will be on the list? The buyout offer ends today. Executive editor Len Downie and ace military correspondent Thomas Ricks are widely rumored to be taking the Post up on it, too. 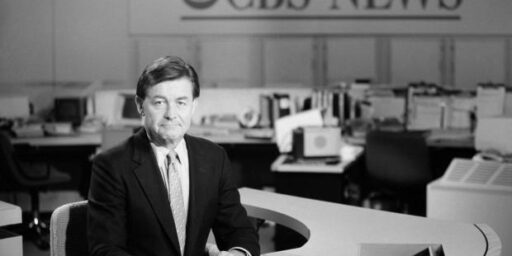