Campaign Decision From Sarah Palin Next Week, Or Maybe Not

From American Spectator comes news of a possible Palin announcement of some kind next week:

Former Alaska Gov. Sarah Palin is expected within a week to make a decision on whether to enter the 2012 presidential campaign, according to one Republican source.

The Spectator report seems to have come as a surprise to one party: 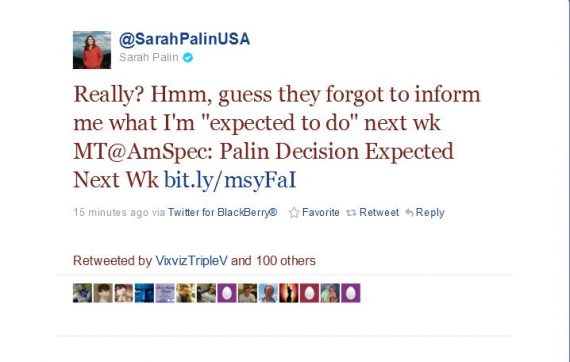 So, draw your own conclusions.