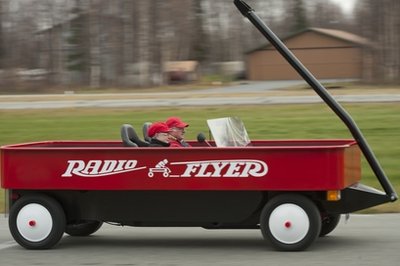 First: John425 – The Popemobile got nuthin’ on the Pelosicart.

Second: charles austin – Objects in mirror are much, much larger than they appear.

Maggie Mama – The Supersized Radio Flyer is being touted as the best green, make that red, no, I mean green vehicle to hit the roads.

Michael Hamm – Obama’s Presidential motorcade being led by the defacto symbol of his Presidency.

Robert W. Armijo – “I copy, Gold Leader…We’re in position. I’m going to cut across the axis and try and draw their fire.”

“At least it isn’t a Woody Stake Wagon….” 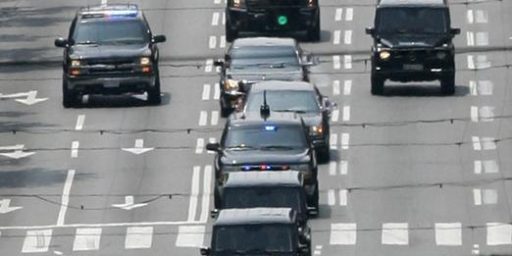 No, the Trump White House Isn’t Having a Job Fair