Cindy says she’s not leaving until she gets to talk to James Joyner. 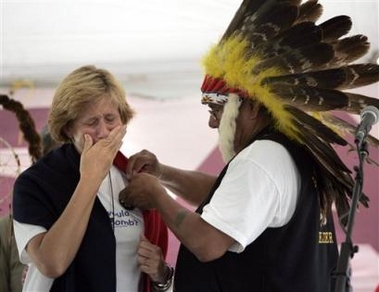