The Summer Nghts Edition OTB Caption ContestTM is now over. 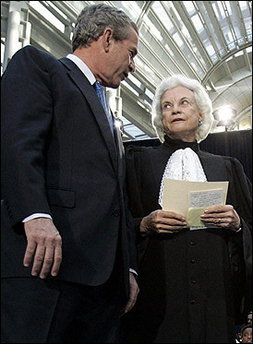 First: Mark – That’s funny, I thought it was only the British judges who wore the funny white wigs.
What’s that? Oh, sorry. . .

Second: McGehee – O’Connor: “Mr. President, now that I’m retiring the truth can finally be told.”
Bush: “I knew it — Ginsburg is really a guy.”
O’Connor: “Well, yes. But what I wanted to tell you is, Breyer isn’t.”

Ingress – “Thanks for the Presidency, girlfriend.”

melvin toast – Nothing comes between me and my black robe. . . Nothing. . .
melvin toast – I’ve noticed that I never see you and mom in the same place at the same time. . .

Jay – Bush: So you are saying that I shouldn’t nominate Ann Coulter to fill your vacancy? 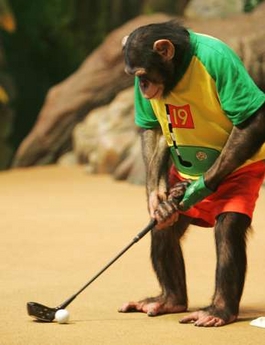