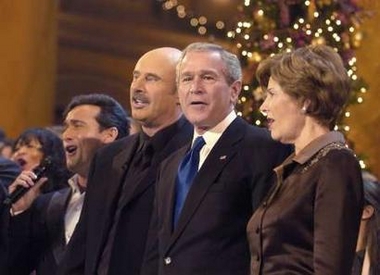 First: Julie – I don’t care what the song says, I’m not donning any gay apparel.

Third: Roger – At least he can count better than Tara Reid.

charles austin – And over them all, even the one with the microphone, Roseanne could be heard screeching the national anthem while she grabbed her crotch. Again.

“So how’s that Larry Sanders doin? Can ya say Hey Now for me?”

Riding Sun is flat on his back.
Electric Venom is getting a little punchy.