The Cheops Sunglasses Edition OTB Caption ContestTM is now over. A lot of excellent Captions… Here a few of the good ones.

First: Diane Mason – A tour of “The Land of the Lost” movie set seemed appropriate.

Second: Dennis – I remember my Kenyan Grandfather telling me tales of how he helped build these great pyramids

Bithead – The presdent’s call to self sacrifice took an odd turn today, as he visited the Mayan ruins..

Anderson – Having deciphered the ancient hieroglyphic clues, Obama closes in on the Pharaohs’ lost Scepter of Magic Deficit Reduction, whose wielder can reduce deficits without raising taxes or cutting spending.

DL – This would be a whole lot better with my foam pillars.

elliot – We have one of these in the US…so where is the casino?

kvc – “Never mind Mt Rushmore, I want one of these!”

‘had ACORN working, for voter registration,
A Stimulus here and there, just shows that he cares,
says, “Economy’s going great, and unemployment is getting better.”

‘but the deficit’s a blight,
only liberals have got it made,
This guy is not so bright,
but still he wears shades.

but Obama shows no might
and now we’re all afraid.
If he don’t get this right
t’will be time to pull down the shades

Thursday Contest is already under interrogation. 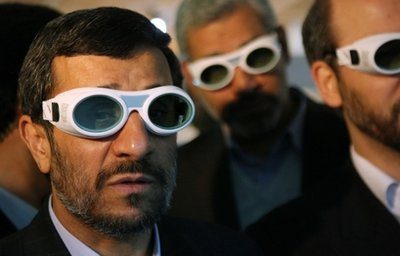