The Below C-Level Edition OTB Caption ContestTM is now over. First: physics geek – I don’t understand. Where is the “and then a miracle occurs” part?

Third: yetanotherjohn – Is it just me, or did we just elect Urkel with contacts.

William d’Inger – “So he parted the waters. What’s the big deal? I got me a Nobel.”

DL – Obama stands dumfounded without TOTUS to help him read the T shirt.

Stormy Dragon – Obama must REALLY love that T-shirt because my dad made the same face every year when he got his new tie for Father’s Day.

Maggie Mama – Michelle went to the first game of the World’s Series and all I got was this lousy T-Shirt.

(on back) Somewhere in Kenya… a village is missing its idiot.

“…but I thought Pie are round…” 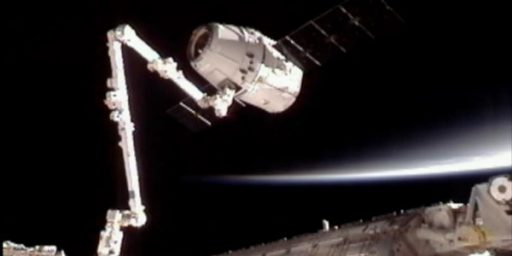