First: FormerHostage – Can you speed this up? We have an audience with the Pope in about an hour.

Second: Mr. Prosser – We are trying to cooperate, Congressman, but unfortunately, until the botox wears off my wife is unable to speak.

Third: charles austin – Ok, we’ve crashed the White House and now appeared in the Capitol Building before Congress. All that’s left is an appearance before the Supreme Court.

D. Dean – They did it again. Yep… American Idol judges.

Wyatt Earp – In an impressive display of mental acuity, Michaele lifts up the cameraman with her mind!

Maggie Mama – Congress must think they are a little short-handed because they called in two more charlatans to join their ranks on Capitol Hill.

Michael Hamm – Mrs. Salahi. I ask you for the last time. Did you or did you not have sex with John Edwards.

lol – We was just looking for a good time….

“Help my Anti-grav device is getting away!”

The Camera of Damocles

“Yes, we were actually in the flying saucer balloon instead of the boy.”

We’re on a mission from God

“Screw you… we work for Mel Brooks” 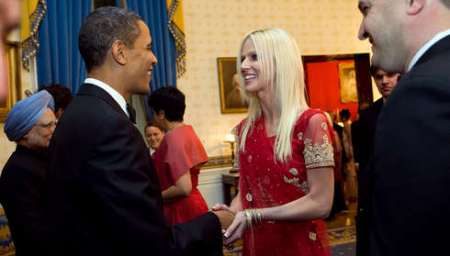 The Return Of The White House Party Crashers

Trump’s Attacks On The Media Come Home To Roost