The Star Bores Edition OTB Caption ContestTM is now over. 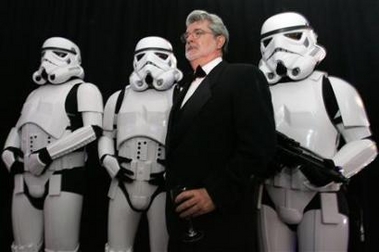 Second: bithead – Hi. We’re from a Galaxy far, far away. Where’s your bathroom?

Third: Mark – Uh, I thought we were all going to dress up for this. Thanks a lot, jackass.

Doug – Frustrated by 25 years of being denied recognition by the Academy Awards, George Lucas calls in the troops.

bithead – You might be a Redneck Empire storm trouper if you can easily describe the taste of an Ewok.

bithead – Unable to get the bartenderÃ¢€™s attention, Darth tries using the force to get a refill

bithead – RRWARARRHHG!! No, Chewy, youve already HAD your picture on OTB, remember?

bithead – STAR WARS: The Empire Dresses up; the DirectorÃ¢€™s Cut. . .

“May Forbes be with you.”

As Miers withdraws other nominees step up.

“Dammit Spielberg, get your blaster out of my back, Star Wars is mine.”

These are not the accolaides you are looking for. 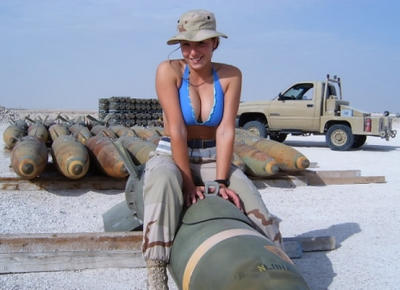