The How to Pick Up Chicks Edition OTB Caption ContestTM is now over. 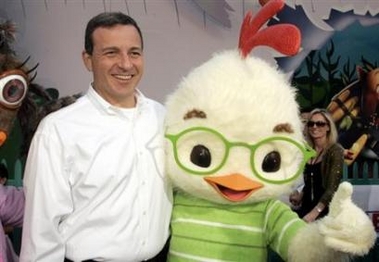 First: Hoodlumman – After riding the carousel, getting a two-scoop ice cream and getting his picture taken with Jacques Chirac, Pierre was convinced this was the best day of his life.

T. Harris – Blondie in background: “There you go again, Honey, runnin’ around half-cocked!”

McCain – Rich guys get all the chicks.

DRUDGEBREAKING: Today, in an attempt to allay fears about the Avian flu, Chicken Magnate, Jim Purdue announced that he “Stands behind his flock.” US Attorney General, Alberto Gonzales is expected to announce later today if Federal sodomy charges are applicable.

“Stop saying you want to introduce me to, the Colonel?”

Aspiring actors need to pick up bit parts wherever they find them. Parts is parts.

“Take me to General Tao” 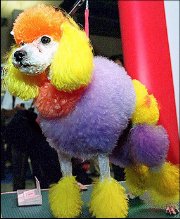 Monday contest is already Puttin’ on the dog