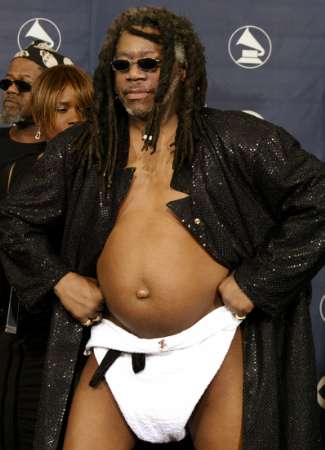 1st: Rodney Dill: “Sir, could you tell us what has been the greatest factor to the success of Parliament Funkadelic?” “Depends.”

3rd: Norbizness, “When I said that we wanted the funk, we definitely didn’t mean THAT kind of funk.”

Thanks to all the participants. Another contest will be announced forthwith.