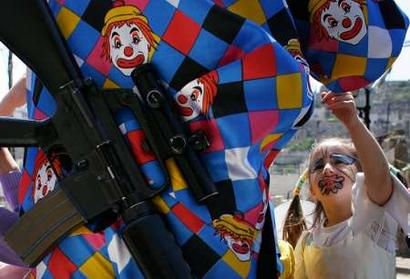 First: Eric – There’s a reason kids are scared of clowns

Second: The Dread Pundit Bluto – Ahmed came to regret telling Mahmoud that he would “do anything Allah wills” to help finance the Jihad.

Third: Elisson – Mahmoud Abbas announced today that Hamas and the Al-Aqsa Martyr’s Brigades have accepted the conditions laid down by the Palestinian Authority for a “kinder, gentler Intifada. . .with clowns!” Details on the planned Palestinian Petting Zoo are also expected to be released shortly.

Literally Retarded – In a single moment, Sally determined to run for Congress.

Brandon Jaynes – The new NRA marketing plan, targeting the 3-8 age group, has been a huge success. 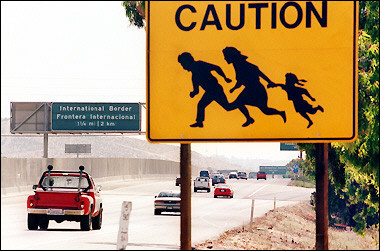 
Who you calling a Bozo, Kid?

Clown: “Squeeze my red clown nose.”
Girl: “But that’s not your nose.”

“Yea, I’m ‘fraid of clowns, but I’m more ‘fraid of Santa, he carries an RPG Launcher.”