The BBC is reporting that China National Radio has said that the Chinese government will reject a Chinese firm’s acquisition of the Hummer division of General Motors:

A Chinese firm’s bid to buy the gas-guzzling Hummer car brand will be blocked on environmental grounds, according to Chinese state radio.

Sichuan Tengzhong Heavy Industrial Machinery emerged as the surprise buyer for the brand earlier this year.

But China National Radio said Hummer is at odds with the country’s planning agency’s attempts to decrease pollution from Chinese manufacturers.

But Sichuan Tengzhong disputed the accuracy of the radio report.

“The fact that it is from an article from a state media organisation does not mean it is government policy,” the company said in a statement.

“Some people may have views and speculation, but the Chinese government has a process that we respect.”

CNR is quoted as saying that Sichuan Tengzhong “lacks experience in car production”.

I’ve got to admit that I found this very surprising. My take on the acquisition has been that STHIM was picking up Hummer at fire sale prices in order to acquire the dealer network and gain a foothold in the U. S. market for its own products. The Chinese company is a manufacturer of highway construction equipment and has been getting increasingly into heavy truck production in recent years. I didn’t think it was entirely a coincidence that shortly after the U. S. Congress passed a huge domestic stimulus package which included quite a bit of road and bridge building that a Chinese company that produces road and bridge building equipment would make a move that gives it a position in the American market.

In recent weeks there’s been quite a bit of speculation about the deal. See also here.

If the story proves true I suspect that it has more to do with internal Chinese politics than it does with the rationality of the acquisition or environmental considerations. And if the deal flops, it wouldn’t be particularly good news for GM which is trying to shed brands and maybe pick up a little cash. 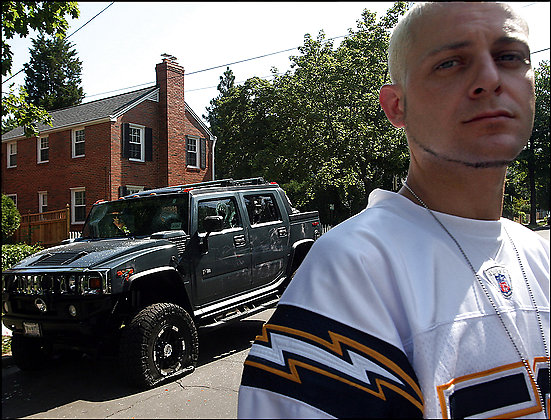