The story about a man whose Hummer was vandalized by angry environmentalists, which fronted the Metro section of yesterday’s Washington Post, has gotten quite a bit of attention in the blogosphere.

On a narrow, leafy street in Northwest Washington, where Prius hybrid cars and Volvos are the norm, one man bought a flashy gray Hummer that was too massive to fit in his garage. So he parked the seven-foot-tall behemoth on the street in front of his house and smiled politely when his eco-friendly neighbors looked on in disapproval at his “dream car.” It lasted five days on the street before two masked men took a bat to every window, a knife to each 38-inch tire and scratched into the body: “FOR THE ENVIRON.”

He bought the used 2005 vehicle a month ago from a dentist in Fairfax County and left it in a shop for several weeks so it could be outfitted to his specifications — new, bigger tires and a “lift kit,” meaning it would be higher off the ground. Groves, who grew up in the District and works in marketing for a local radio station, said he wanted the car in part because he is starting a company, Washington Sports Marketing, that is “image-based.”

He said he wants to get it towed and repaired but fears extremists might not be done making an example of him. “I’m worried about what I do now,” he said. “If I get it fixed, do I put it back in the same spot three weeks from now?”

Environmentalists and other moralists from the left have been growing increasingly intolerant of dissent in recent years. Even as they accuse conservatives of trying to dictate how people live their lives, authoritarian elements among liberals have fought to maintain speech codes on college campus and have proposed wide-ranging mandates on speech and action targeting everything from dissent on global warming to bans on cars they don’t like to taxes on food they don’t like.

BCB’s “Gaius” agrees noting that, “Vigilantes are vigilantes, regardless of their cause.”

The Influence Peddler adds, “The owner sounds like a perfectly nice guy, but he can’t be very bright if it never occurred to him that ‘environmentalists’ might vandalize his car. If he doesn’t understand that many on the Left are hypocrites who have no respect for private property and societal norms, then he hasn’t been paying attention.”

Kim Priestap piles on: “The environmental movement is nothing more than the new collective. You are required to go along with their dogma, and if you don’t you will pay the price.”

Let’s be clear here: One or more persons, presumably motivated by environmentalism, committed a crime here. This was not the actions of “the Left” or even “the environmental movement.” Al Gore isn’t running around vandalizing people’s property and neither are 99.99% of Prius drivers. The criminals who did this are no more representative of their ideological compatriots than the terrorists who murder people coming to work at abortion clinics. Indeed, the neighbors quoted in the story, who hated the guy’s Hummer, nonetheless strongly condemned this act, dubbing it, as does Dan Riehl, “a hate crime.”

Don Surber gets it just right:

These cretins are dangerous persons who are using environmentalism as an excuse to terrorize a man.

Put them in Palestine and they throw concrete blocks (“rocks” as the media call them) at Israeli soldiers. Put them in Germany in the 1930s and they lead the charge for on Krystallnacht. They were the Midnight Riders in she[e]ts burning crosses in the South during Reconstruction.

Unfortunately, while the vast majority of people would eschew violence, far too many are willing to smirk at it if it’s directed against those they dislike.

Lean Left‘s KTK thinks Groves got what he deserved and is angry at the Post for treating it like a big deal.

This 32-year-old clown who lives in his mother’s townhouse in an expensive part of Washington, DC, bought a Hummer too big to fit in his mother’s garage. He then paid extra to have it jacked up and fitted with super-sized tires. It gets 14mpg and he justifies it by saying he needs it to create the right “image” for the “sports marketing” company he wants to start. He parked the 7-foot-tall penis substitute on the street, and within a week somebody vandalized it, slashing all the tires, breaking all the windows, and keying “FOR THE ENVIRON” [sic] into the paint.

Tough break. That’ll probably put a real dent in his startup bobble-head doll business. Along with the $38,000 he paid for the thing (used), replacing all the tires and windows might even delay his moving out of his mother’s house, not that he appears to be in any hurry. I’m all for the environment, but vandalizing ridiculous cars is probably not the best way to deal with the issues. And if whoever did it gets caught, they should be made to pay restitution fully equal to the cost of a set of windows and tires . . . for a Prius.

All that being said, however, why exactly did the Washington Post give this story more than 20 column inches in today’s paper? A rich white loser in NW DC got his car vandalized? That’s the lead story in the B-section of the paper that broke the Watergate case?!

It’s the complicity in this jerkoff’s insular sense of entitlement that bugs me about this. The article notes that he’s aware of the stupidity and wastefulness of such a machine – he just doesn’t care. But apparently the Post doesn’t care either – and by that I mean not only do they think that his financial inconvenience is more important than his indifference to the environment, but they think that he, individually, is more important than everything they didn’t write about that day.

I don’t think that this sort of vandalism is ever justified, but I also can’t understand why the Post got a case of the vapors over this incident. Have a look at Gareth Groves, the owner of the Hummer […] He looks like a selfish prick who bought a rolling biohazard, either with money that his mommy gave him or with money he “earned” doing the kind of work you don’t mention when you’re talking to a reporter.

Right now, there are soldiers dying in their Hummers in Iraq so that Gareth Groves can play Army in Washington. So I don’t think I’ll be losing any sleep because a Hummer got vandalized in DC.

The Human Trampoline entitles her post “Hummer-owning faggot gets what he deserves” and adds, “I only wish this service was extended to traditional SUVs as well.”

The Hummer is a symbol for me of so much that is wrong in America: too much wealth in the hands of too few; a belief that we Americans have a right to use up all the world’s resources, so long as we can afford to pay for them; the need to project an image of meanness to everyone around us. And Ms. Fremaux’s answer is unfortunately the liberal response to so much that needs fixng: fix it through the system. But what if the system itself is broken? What if Americans are so intellectually lazy, so besotted with consumerism, so brainwashed by 24-hr doses of FOX News, that they no longer know right from wrong?

In my opinion, the Hummer itself is a hate crime.

Another, running a site called Ohio Renaissance… – Activism in the news, writes, “For some reason, I just don’t feel sorry for the guy.”

In fairness, only the first of these is from a Lefty blogger of any prominance and my guess is the vast majority of the A-listers would quickly condemn criminal action; certainly, all my regular reads would. Then again, none of them have thus far commented on the story despite the widespread attention it’s getting on the Right. I had to go trolling through Technorati to find most of these reactions.

If there’s one thing that liberals and conservatives should both be against it’s violent extremists. Whether they’re anti-abortion crusaders, anti-government bombers, cross-burning racists, or “save the environment” terrorists EVERYONE should find them all equally abhorrent.

Should Grove have bought a Hummer? No. Should he have used that money to move out of his mother’s house? Yes. Do any of us have any right to harm his property? No. He’s either going to repair the car, using paint and chemicals, creating waste, or scrap it and buy something else, causing even more waste. As well as this, it’s probably alienated quite a few people from the green cause. We’re reaching tipping point now; green issues are reaching the mainstream. Acts like this are the last thing we need.

Violence aside, I must admit I just don’t get the animosity towards Hummers. Sport utility vehicles are ubiquitous but there’s a special hatred reserved for the Hummer.

A few months back, my wife and I rented one on a trip to Southern California. We wanted a “fun” car for the weekend and were looking for a convertible but they didn’t have one. Because gas prices were sky high at the time and they were having trouble moving them, they offered us an H2 and we figured, Why not? We got all manner of evil glares from other drivers and people walking past on the sidewalk. Yet, no one seems to mind people driving around in Porshe 911 convertibles or Ferraris and such, which burn even more fuel. 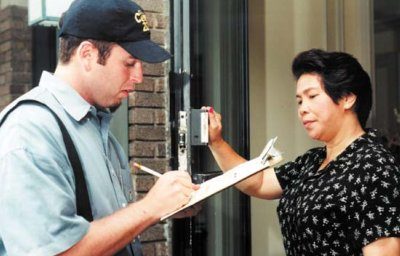 Census To Catch Up With The 21st Century, In Ten Years