The regime's crackdown on their Muslim minority is worse than imagined.

The Chinese government is taking draconian measures to slash birth rates among Uighurs and other minorities as part of a sweeping campaign to curb its Muslim population, even as it encourages some of the country’s Han majority to have more children.

While individual women have spoken out before about forced birth control, the practice is far more widespread and systematic than previously known, according to an AP investigation based on government statistics, state documents and interviews with 30 ex-detainees, family members and a former detention camp instructor. The campaign over the past four years in the far west region of Xinjiang is leading to what some experts are calling a form of “demographic genocide.”

The state regularly subjects minority women to pregnancy checks, and forces intrauterine devices, sterilization and even abortion on hundreds of thousands, the interviews and data show. Even while the use of IUDs and sterilization has fallen nationwide, it is rising sharply in Xinjiang.

The population control measures are backed by mass detention both as a threat and as a punishment for failure to comply. Having too many children is a major reason people are sent to detention camps, the AP found, with the parents of three or more ripped away from their families unless they can pay huge fines. Police raid homes, terrifying parents as they search for hidden children.

The result of the birth control campaign is a climate of terror around having children, as seen in interview after interview. Birth rates in the mostly Uighur regions of Hotan and Kashgar plunged by more than 60% from 2015 to 2018, the latest year available in government statistics. Across the Xinjiang region, birth rates continue to plummet, falling nearly 24% last year alone — compared to just 4.2% nationwide, statistics show.

The hundreds of millions of dollars the government pours into birth control has transformed Xinjiang from one of China’s fastest-growing regions to among its slowest in just a few years, according to new research obtained by The Associated Press in advance of publication by China scholar Adrian Zenz.

“This kind of drop is unprecedented….there’s a ruthlessness to it,” said Zenz, a leading expert in the policing of China’s minority regions. “This is part of a wider control campaign to subjugate the Uighurs.”

For decades, China had one of the most extensive systems of minority entitlements in the world, with Uighurs and others getting more points on college entrance exams, hiring quotas for government posts and laxer birth control restrictions. Under China’s now-abandoned ‘one child’ policy, the authorities had long encouraged, often forced, contraceptives, sterilization and abortion on Han Chinese. But minorities were allowed two children — three if they came from the countryside.

Under President Xi Jinping, China’s most authoritarian leader in decades, those benefits are now being rolled back. In 2014, soon after Xi visited Xinjiang, the region’s top official said it was time to implement “equal family planning policies” for all ethnicities and “reduce and stabilize birth rates.” In the following years, the government declared that instead of just one child, Han Chinese could now have two, and three in Xinjiang’s rural areas, just like minorities.

But while equal on paper, in practice Han Chinese are largely spared the abortions, sterilizations, IUD insertions and detentions for having too many children that are forced on Xinjiang’s other ethnicities, interviews and data show. Some rural Muslims, like Omirzakh, are punished even for having the three children allowed by the law.

State-backed scholars have warned for years that large rural religious families were at the root of bombings, knifings and other attacks the Xinjiang government blamed on Islamic terrorists. The growing Muslim population was a breeding ground for poverty and extremism, “heightening political risk,” according to a 2017 paper by the head of the Institute of Sociology at the Xinjiang Academy of Social Sciences. Another cited as a key obstacle the religious belief that “the fetus is a gift from God.”

Outside experts say the birth control campaign is part of a state-orchestrated assault on the Uighurs to purge them of their faith and identity and forcibly assimilate them. They’re subjected to political and religious re-education in camps and forced labor in factories, while their children are indoctrinated in orphanages. Uighurs, who are often but not always Muslim, are also tracked by a vast digital surveillance apparatus.

“The intention may not be to fully eliminate the Uighur population, but it will sharply diminish their vitality,” said Darren Byler, an expert on Uighurs at the University of Colorado. “It will make them easier to assimilate into the mainstream Chinese population.”

Some go a step further.

Truly a monstrous policy. I encourage you to read the full report, which is chock-full of chilling anecdotes in addition to analysis.

After years of opening up under Deng Xiaoping and successors in the wake of the devastation of Mao Zedong’s reign of terror, the country has moved steadily back toward totalitarianism under Xi. Indeed, it’s difficult to argue at this point that the PRC is not fully totalitarian, exhibiting not only the institutional traits Carl Friedrich, Zbigniew Brzezinski, and Raymond Aron identified in the 1950s but also the pseudo-utopian mechanisms to remake and transform society that Karl Dietrich Bracher identified as core to the ideology. Beyond that, because of its mastery of modern technology, the CCP has means of control that Hitler, Stalin, and Mao only dreamed of.

Those of us who hoped and even assumed that China’s economic rise would inevitably rise to a strong middle class and political liberalization have, sadly, been proven mistaken. Instead, we have Xi as dictator for life running a regime that rivals Mao’s for its cruelty while, thus far at least, demonstrating Deng’s ability to maintain economic growth. 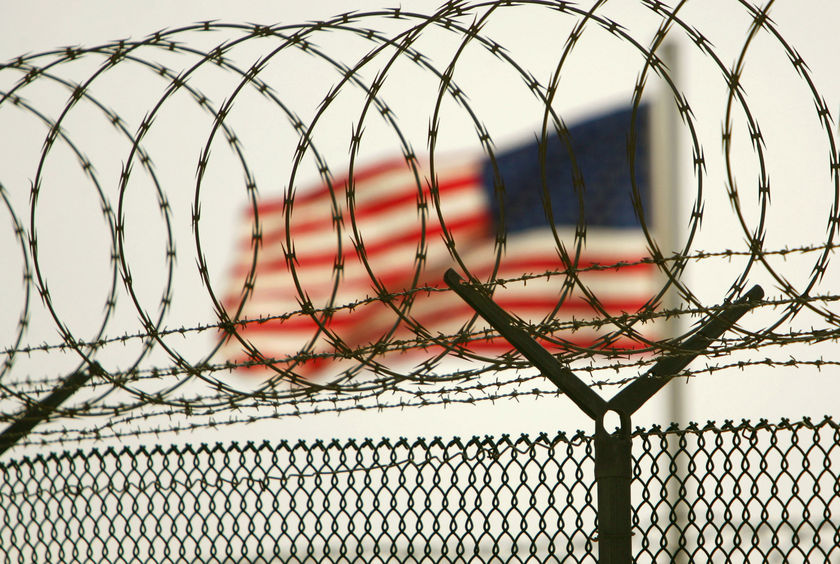 The Story of the Uighar Captives at Gitmo