The American Family Association’s Bryan Fischer would apparently like to bring back the Crusades:

“The only thing that will give us a shot at building a democracy in an Islamic land is a mass conversion of its people to biblical Christianity. So that means if we want to see freedom come to those darkened, benighted lands, we should be sending missionaries in right after we send in the Marines to neutralize whatever threat has been raised against the United States. So we say to them, look, if you don’t want our missionaries, fine, that’s your choice, we’ll take our missionaries and our Marines, we’ll take them home, but we’re gonna let you know we have no hesitation about returning with lethal force if the forces in your country threaten us again. This time it’s Marines and missionaries, next time it’ll be Marines and missiles.”

Donald Trump wants to steal Arab oil, this guy wants to convert Muslims or kill them. Sounds like they’d be perfect together. 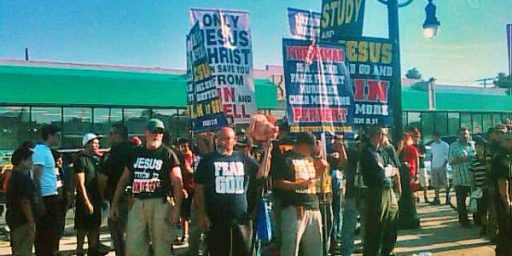