Clinton to Bow Out, Endorse Obama

Along with a few hundred thousand other folks in the area, the power’s been out at my place since yesterday afternoon, so I’m a bit behind on my blogging. As everyone knows by now, Hillary Clinton has put out word that she will suspend campaigning and endorse Barack Obama at a rally in DC Saturday.

Senator Hillary Rodham Clinton will endorse Senator Barack Obama on Saturday, bringing a close to her 17-month campaign for the White House, aides said. Her decision came after Democrats urged her Wednesday to leave the race and allow the party to coalesce around Mr. Obama.

Howard Wolfson, one of Mrs. Clinton’s chief strategists, and other aides said she would express support for Mr. Obama and party unity at an event in Washington that day. One adviser said Mrs. Clinton would concede defeat, congratulate Mr. Obama and proclaim him the party’s nominee, while pledging to do what was needed to assure his victory in November.

Her decision came after a day of conversations with supporters on Capitol Hill about her future now that Mr. Obama had clinched the nomination. Mrs. Clinton had, in a speech after Tuesday night’s primaries, suggested she wanted to wait before deciding about her future, but in conversations Wednesday, her aides said, she was urged to step aside.

“We pledged to support her to the end,” Representative Charles B. Rangel, a New York Democrat who has been a patron of Mrs. Clinton since she first ran for the Senate, said in an interview. “Our problem is not being able to determine when the hell the end is.”

Mrs. Clinton’s decision came as some of her most prominent supporters — including former Vice President Walter F. Mondale — announced they were now backing Mr. Obama. “I was for Hillary — I wasn’t against Obama, who I think is very talented,” Mr. Mondale said. “I’m glad we made a decision and I hope we can unite our party and move forward.”

One of Mrs. Clinton’s aides said they were told that except for her senior advisers, there was no reason to report to work after Friday, and that they were invited to Mrs. Clinton’s house for a farewell celebration. The announcement from Mrs. Clinton was moved to Saturday to accommodate more supporters who wanted to attend, aides said. “Senator Clinton will be hosting an event in Washington, D.C., to thank her supporters and express her support for Senator Obama and party unity,” Mr. Wolfson said.

Mr. Obama, not waiting for a formal concession from Mrs. Clinton, announced a three-member vice-presidential selection committee that will include Caroline Kennedy, who has become a close personal adviser since endorsing him four months ago.

My strong guess is that Clinton will not be chosen.

I’m at least mildly surprised that she bowed to reality given that, technically at least, Obama has not reached the delegate threshold since indications from superdelegates as to how they will vote is not binding. Presumably, her advisers were able to persuade her that fighting on would irreparably damage her political future.

It may be too late to avoid that fate, frankly. If Obama wins in November, she has a shot at rehabilitation. If, however, he loses, her divisive tactics during the closing stretch, employed despite near-universal consensus that she could not win, will receive much of the blame.

I concur with the view Dave Schuler has expressed repeatedly on OTB Radio that this was her last shot at the presidency. If Obama wins, her next opportunity will be in 2016, a mighty long time after her husband’s presidency. If Obama loses, as previously noted, she’ll be viewed with all the love Democrats now have for Ralph Nader. Still, she’s relatively young and could well rise to Senate Majority Leader in the not-too-distant future. 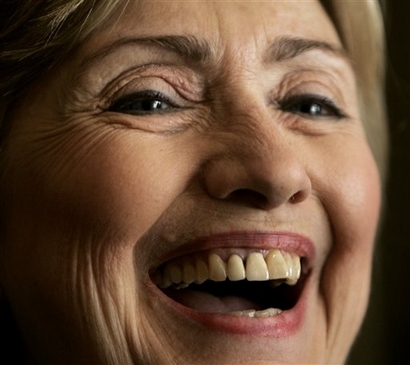