I was an international elections observer in Bogotá, Colombia this past Sunday for the first round of the presidential elections (second round will be June 15).  I will have a write-up on the results (and the pending second round) shortly, but here is the day in photos, from 7:30 until about 5:00 (voting was from 8-4).

Here is the official opening of voting at the Plaza de Bolívar (where the Capitol building, Palace of Justice, and Mayor’s Office converge—the presidential residence is behind the capitol).

(All photos can be clicked for larger viewing). 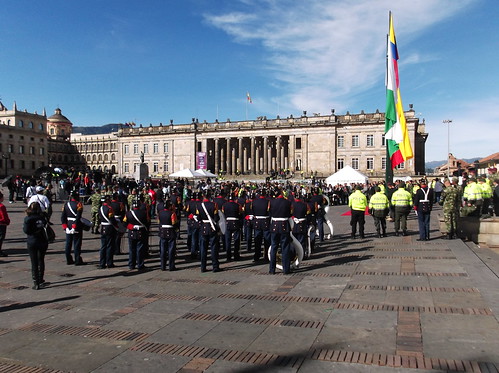 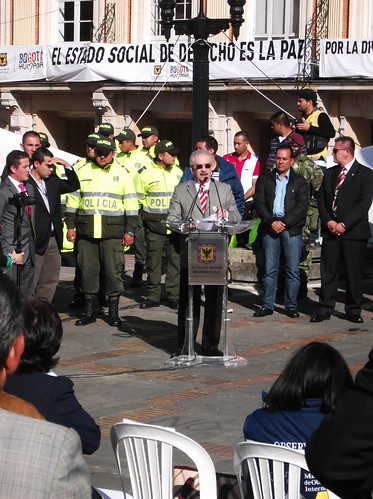 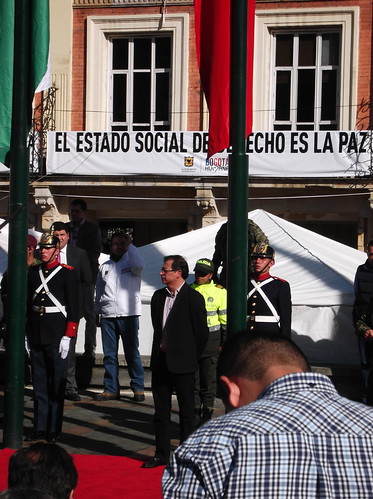 Each polling station consists of a number of tables (“mesas”) run by citizens who have been selected in a manner similar to jury duty in the US. Each table should have 6 jurados who set up the table and then at least three man it for half the day each, with all returning to count at 4pm.

Polling stations in the Plaza (Mayor’s office, then in front of the Palacio de Justicia): 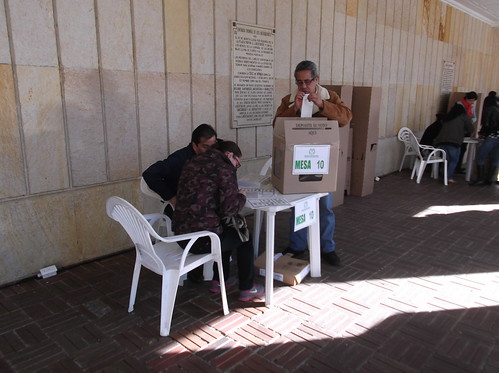 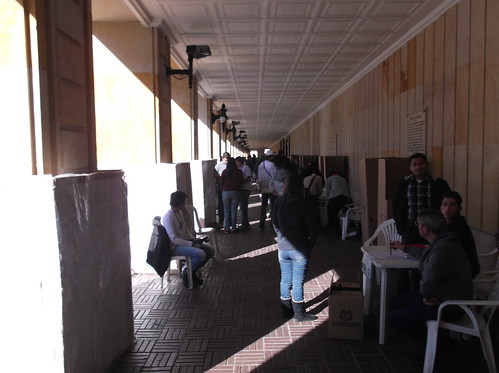 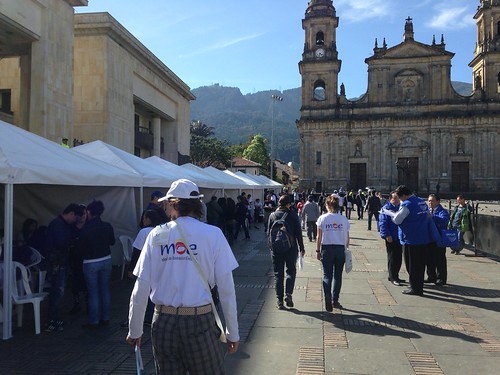 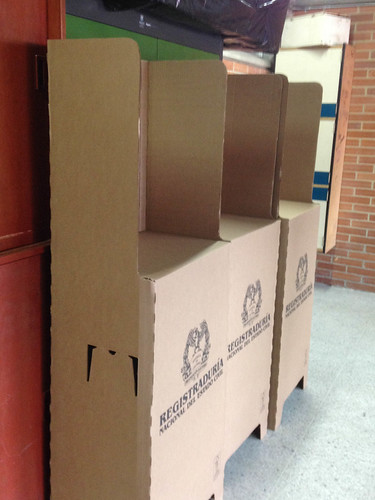 Citizens check lists of national ID card numbers to find out at which table to vote at the given voting location.  All Colombian citizens have an ID card and must register it to vote so that it can be assigned the proper voting location.  Some of the polling sites in this year’s contest used biometric devices to read fingerprints as an additional ID check (I saw this at the Plaza, but not at the other sites I visited, all of which were in poorer sections of the city): 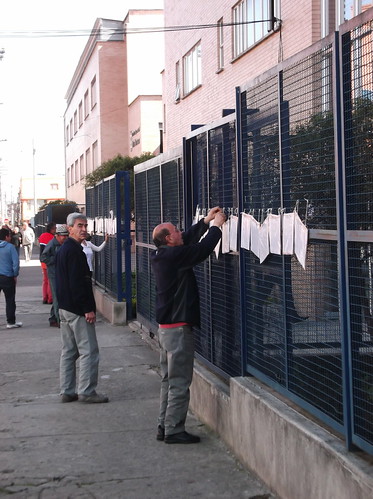 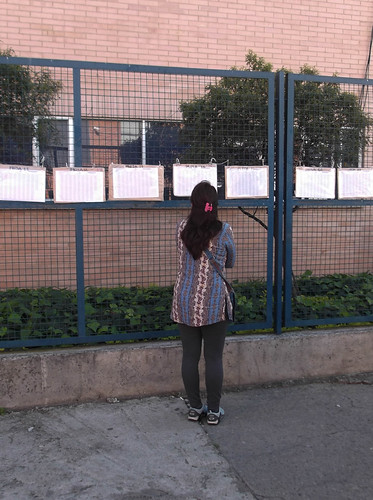 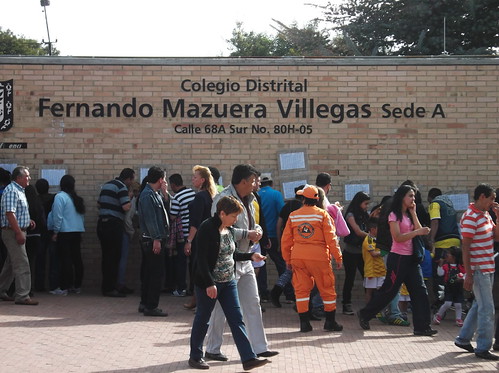 Immediately after the polls close (4pm), each table counts their box and reports the findings to the National Registry. The counting is viewed by national and interanationl observers, state officials, and witnesses from the various parties (if they choose to send them). 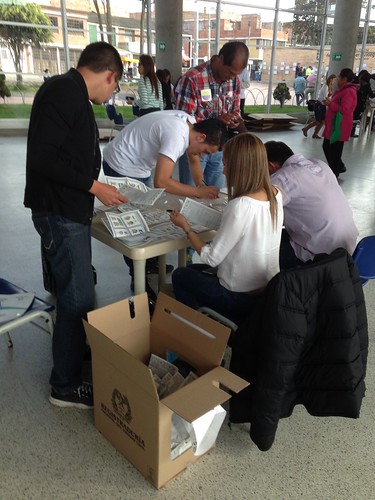 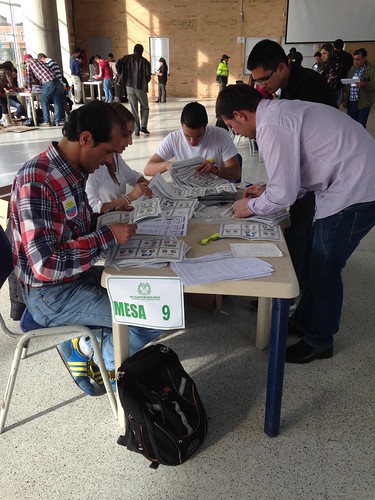 Since it was one ballot with one simple choice, the results were being reported within an hour of the close of the polls, with ongoing updates coming out regularly as the evening went on.   The second round will feature the incumbent president, Manuel Santos versus Óscar Zuluaga (who actually came in first in the first round).  More on that later.