Computer Memory And Storage: Cheaper Than Ever Before

Via Mark Perry comes this Wired chart that shows how the price for storage has declined while the capacity of our storage devices has increased (click to enlarge): 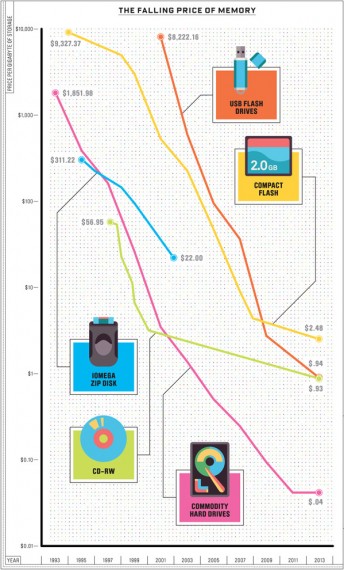 The microprocessor gets all the glory for dragging us into the digital age, but the modern era has been equally shaped by storage. Like chips, drives have seen Moore’s law-like advances, making it ever cheaper for us to store ever more photos, video, music, and other files — which in turn gives those microprocessors something to process. Of course, today we are nearing the end of localized, physical storage entirely, with cloud services like Google Drive offering 5 gigs for free.