One of the pioneers of the technology revolution of the past four decades has passed away. 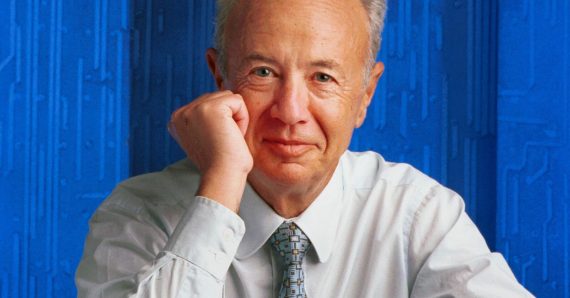 Andrew Grove, the former Intel Chairman who oversaw the company as it made many of the most important breakthroughs in semiconductor technology, has died at the age of 79:

Andrew S. Grove, the longtime chief executive and chairman of Intel Corporation who was one of the most acclaimed and influential personalities of the computer and Internet era, died on Monday at his home in Los Altos, Calif. He was 79.

The cause has not been determined, said Chuck Mulloy, a spokesman for the family.

At Intel, Mr. Grove helped midwife the semiconductor revolution — the use of increasingly sophisticated chips to power computers — that proved to be as momentous for economic and social development as hydrocarbon fuels, electricity and telephones were in earlier eras. Intel’s microprocessors were also essential for digital cameras, consumer electronic products, household appliances, toys, manufacturing equipment and a wide assortment of devices that depended on computerized functions.

Besides presiding over the development of Intel’s memory chips and microprocessors in laboratory research, Mr. Grove gained a reputation as a ruthlessly effective manager who spurred associates and cowed rivals in a cutthroat, high-tech business world where companies rose and fell at startling speed. Mr. Grove’s famous slogan, “Only the Paranoid Survive,” became the title of his 1996 best seller describing his management philosophy.

Adding to Mr. Grove’s appeal was his rags-to-riches immigrant story. A survivor of the Nazi Holocaust and the 1956 Soviet invasion of his native Hungary, he arrived in the United States as a penniless youth who spoke little English and suffered from severe hearing loss. Within decades, Mr. Grove was worth hundreds of millions of dollars. And in 1997, he was chosen “Man of the Year” by Time magazine as “the person most responsible for the amazing growth in the power and the innovative potential of microchips.”

Mr. Grove in some ways was considered “the father” of Silicon Valley, said David B. Yoffie, a professor of the Harvard Business School and longtime Intel board member. Mr. Grove’s influence, Mr. Yoffie said, came largely from his ideas about organizational practices and design — Intel was the birthplace of non-hierarchical, open settings and low-partitioned cubicles rather than walled-in offices.

But Intel rebounded stronger from each episode, thanks largely to Mr. Grove’s ability to recognize the gravity of a crisis and set a new course. “There are waves and then there’s a tsunami,” he wrote in “Only the Paranoid Survive.” “When a change in how some element of one’s business is conducted becomes an order of magnitude larger than what that business is accustomed to, then all bets are off.”

Mr. Grove’s management ideas helped make Intel, headquartered in Santa Clara, Calif., one of the most profitable companies in the world, with an average annual return of more than 40 percent for its shareholders from the late 1980s to the turn of the century.

Andrew S. Grove was born András Gróf on Sept. 2, 1936, into a Jewish household in Budapest. His father owned a small dairy business, and his mother helped keep the books. As a child, Grove was afflicted with scarlet fever and an ear infection that left him almost deaf. His father was rounded up by German troops occupying Hungary during World War II and sent to a labor camp, where he survived typhoid and pneumonia.

Meanwhile, young Grove and his mother were hidden by a Christian family until the war’s end. In a 1997 Time magazine interview, Mr. Grove recalled that at eight years of age he was told by his mother to assume a Christian alias. “She explained to me that I cannot make a mistake, that I had to forget my name,” said Mr. Grove.

Liberation from the Nazis was followed by Communist rule in Hungary, and then by the Hungarian uprising of 1956 that was put down by Russian troops. Mr. Grove, who was studying chemistry, decided to flee the country after a number of his fellow students were arrested. He and a friend crossed the border into Austria after a night spent evading Soviet troops.

Several weeks later, he boarded a refugee ship to New York, and from there was taken to a former P.O.W. camp in New Jersey until his immigration papers were in order. “We thought that all the propaganda was true, that America was just another drab, totalitarian state,” said Mr. Grove in a 1995 interview with Fortune magazine, in which he recalled his first impressions of the United States.

Mr. Grove, who Americanized his name within weeks, moved in with an aunt and uncle living in a small Brooklyn apartment. He enrolled as a chemical engineering student at the City College of New York, and graduated at the top of his class despite struggling with English and impaired hearing. Mr. Grove got through lectures by learning to lip read and then deciphering his notes at home or at the library. “I had to go over each day’s work again at night with a dictionary at my side,” he told The New York Times in a 1960 article that focused on that year’s outstanding CCNY graduates.

In 1958, he married Eva, another Hungarian refugee, whom he met the previous summer at a New Hampshire resort where both worked as waiters. They moved to California, where Mr. Grove earned a doctorate in chemical engineering at the University of California at Berkeley. They had two daughters — whose names were never revealed by the media because of Mr. Grove’s insistence on protecting their privacy.

In the early 1960s, Grove began working at Fairchild Semiconductors and was among the group of engineers that worked on the early development of transistors embedded on silicon wafers as part of an effort to dissipate the heat that transistor circuits created and which cut down on their efficiency. These were the first silicon chips and served as the beginning of a technological revolution that has resulted in more and more advanced computer technology as engineers succeeded in being able to fit ever more tiny transistors on tiny pieces of silicon and other material that performed similar functions, a process that continues to this day despite predictions that stretch back more than two decades now that the ability to shrink transistors would ultimately reach a point where expansion of capacity and speed would be harder and harder to obtain. After that breakthrough, Grove headed to Intel where history really took a turn:

In 1968, Mr. Grove joined Intel, a new semiconductor manufacturer that emerged as a Silicon Valley leader. Intel was founded by two former colleagues at Fairchild, Robert Noyce and Gordon Moore, to supply memory chips for mainframe computers. Mr. Grove was put in charge of factory production and soon gained a reputation as a hard-driving manager.

Part of the heavy workload at Intel resulted from Moore’s law — named after Mr. Moore, who postulated that microchips would double in power and halve in price every 18 months, thus rendering older chips and the computers that used them obsolete. To meet voracious market demand for new-generation chips, Mr. Grove insisted that Intel employees regularly work many overtime hours.

Meetings were kept brief and discussions were heated. “Andy Grove helped build a philosophy at Intel Corp. known as ‘creative confrontation,’  ” wrote The Wall Street Journal in 2002. “The phrase, in essence, means that it’s better for employees to get in shouting matches and solve problems quickly.” But most of the shouting was done by Mr. Grove, who was named in 1984 by Fortune as one of the country’s toughest bosses.

When answers from engineers and executives angered him, Mr. Grove ripped off the bulky hearing aid he wore like earphones and slammed it on the table. (His hearing was finally corrected in middle age after a half-dozen operations). In a 2004 New York Times story, Craig Barrett, an Intel colleague who eventually succeeded him as chief executive officer, said Mr. Grove’s management style “was to hit you over the head with a two-by-four.”

But those who survived the grueling pace were amply rewarded. With their company briefly reaching a market valuation of more than $500 billion in 2000, several thousand Intel employees became millionaires by exercising their stock options. And many of them acknowledged that Mr. Grove’s overbearing management had pulled Intel through crises that often proved fatal to other Silicon Valley firms.

By the early 1980s, personal computers had become a widespread phenomenon — and Intel microprocessors powered more than 80 percent of these new machines. With Microsoft, itself an upstart software firm that had been tapped by IBM to provide an operating system for the company’s personal computer, Intel would completely reshape the computer industry. The two companies created a duopoly, dubbed “Wintel,” that not only eclipsed IBM’s office dominance, but extended personal computers into homes as well.

Intel’s momentum was abruptly halted in 1994 when the firm released millions of flawed Pentium microprocessor chips. Mr. Grove and his engineers reacted by assuring customers that the glitch would only affect the most advanced sort of computing processes. That cavalier response led to a public relations — and near financial — disaster for Intel, with thousands of clients demanding nondefective chips and media stories trumpeting their discontent.

Reversing course, Mr. Grove and Intel agreed to spend $475 million to replace the defective microprocessors. In the end, the episode boosted the company’s fortunes by making the Pentium and later the Centrino chip a brand name as recognizable to the public as the Dell, Apple or Sony computers they powered.

Rivals complained that Intel had a stranglehold on microprocessors, by far the most profitable segment of the semiconductor market. “It’s a problem of patents, not technology,” said Lim Hyung Kyu, head of worldwide research for Samsung Electronics, in a 2004 interview with Institutional Investor magazine. “And Intel has all the patents.”

Other competitors asserted that Mr. Grove warned big Intel customers, such as the computer firms Dell, Compaq and Gateway, not to buy microprocessors elsewhere. “In my view Intel goes right to the edge — and sometimes over it — to exclude people from providing chips to those guys,” said Jerry Sanders, chief executive officer at Advanced Micro Devices, an Intel rival, in a 1997 Time article.

Mr. Grove served as chief executive of Intel until 1998 and then served as Chairman of the Board until 2005. He did not slow the company’s pace, even as Intel entered the Internet era. “We are now living on Internet time,” he said in 1997 during the peak of the dot-com era. “It’s a new territory,” Mr. Grove said, “and the cyber equivalent of the Oklahoma land rush is on.”

By the time of the tech boom and long thereafter, Grove had become as well-known as Microsoft’s Bill Gates and Apple’s Steve Jobs, but it’s arguably the case that his contributions to the computer industry were in many ways more important than theirs to the extent that much of what both Gates and Jobs did would not have been possible without the microprocessors capable of performing the task. In the end, though, ranking the three men is probably not necessary. Suffice it to say that all three of them played a crucial role in the development of the consumer and business computing industries and that the world would have been quite different without them. 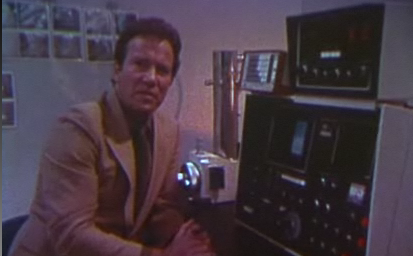