For its 60th anniversary, Chevrolet has redesigned the Corvette for 2014. It looks surprisingly like a Corvette. 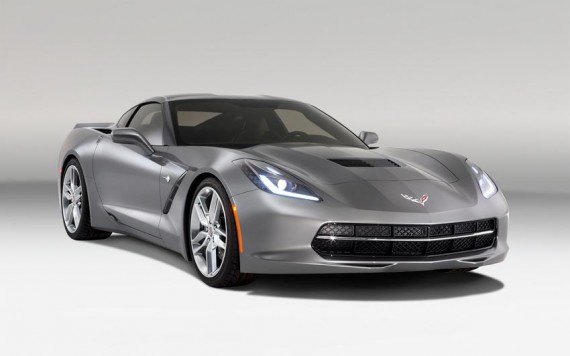 For its 60th anniversary, Chevrolet has redesigned the Corvette for 2014. It looks surprisingly like a Corvette.

General Motors Co. on Sunday unleashed the 2014 Chevrolet Corvette Stingray, the seventh generation of the classic American sports car and the first new version since 2005.

The Stingray boasts an estimated 450 horsepower and 450 pound-feet of torque, making it the most powerful standard Corvette in history, GM said. The highly anticipated unveiling came on the eve of the North American International Auto Show in Detroit during a special preview at the city’s Russell Industrial Center.

“For 60 years, the Corvette has represented the state of the art in performance cars,” said Mark Reuss, GM North American president, as he stood on stage next to a fire-alarm red Stingray, its tarp just pulled off. “Since 1953, through the good times and the bad times for this company, there was always Corvette, demonstrating what it means to win — to be the best.”

The Stingray, a storied name first used in 1963, represents an important launch for General Motors as it tries to rebound from bankruptcy and shore up declining and historically low U.S. market share. The company will also use the Detroit auto show to formally debut its new Silverado and GMC trucks and its Cadillac ELR — a plug-in hybrid based on the Chevy Volt that’s aimed at the California market.

The Chevrolet Corvette is 60 years old this week, and that’s a miracle. Many miracles, in fact.

The iconic American sports car has survived a troubled birth, quality problems and development delays. it has overcome threats from recessions and regulations. And it has outlasted waffling by Chevy parent General Motors over whether such a car should exist at all.

It appears, through all that, to have become younger than ever.

After a few VIP sneak peeks in the past weeks, Chevy unveiled the 2014 Corvette Sunday night​ at a reception here for an estimated 2,000 reporters, editors, Corvette buffs and auto insiders. In a melee almost extinct from modern auto unveilings, the car was greeted with fierce applause and shouts of approval and, once executives were done talking, a rush to get near the car onstage.

The new car is a radical, high-tech overhaul of an already exotic machine, and makes its offical debut Monday at the first media-preview day for the Detroit’s North American International Auto Show.

The redesigned sports car is the seventh-generation Corvette, the so-called C7, and Chevy is reviving, for the base model, the Stingray name first used on a 1959 race car, then on the radically redone 1963 Corvette.

More than an exotic indulgence by an automaker rescued from ruin by U.S. taxpayers, Corvette is an international symbol of GM’s status as a top-tier automaker — the kind of credibility that GM needs as it continues to rebound from its 2009 bankruptcy reorganization.

The Corvette has gone from a modestly priced sporty car to an expensive full-fledged sports car over the years. But every generation is instantly recognizable as part of the line. The only analogue that’s stayed more true to its original design is the Porshe 911, which has gone through modest cosmetic changes since its 1963 debut.