USA Today: How dangerous employees continue to get new jobs

Co-workers often complained about Charles Cullen, a nurse suspected of killing dozens of patients in New Jersey and Pennsylvania with drug overdoses. He’d been fired by several hospitals and nursing homes, left others under a cloud and had known mental problems that included three suicide attempts. Prosecutors investigated him about suspicious deaths dating back to 1993, but no charges were filed. Instead, Cullen easily found new nursing jobs.

As a result, Cullen wasn’t arrested until December, after authorities found that at least two patients at a Somerville, N.J., hospital received overdoses of drugs that hadn’t been prescribed. Cullen was charged with murder and attempted murder. Detectives say he admitted killing 30 to 40 patients during 16 years to “alleviate their suffering.”

Cullen’s case is an extreme example. But reticence by businesses and governments that give job references is standard. Fearing defamation suits by former workers, most firms provide only dates of employment and job titles during reference checks. In fact, lawyers routinely advise employers to say as little as possible – even when a worker had been fired and staying tight-lipped could expose others to avoidable risks.

The policy may keep employers out of court, but it doesn’t serve society. Learning of a job applicant’s past troubles is so difficult that airlines haven’t been told about pilots with poor work histories. Similarly, schools have been kept in the dark about teachers accused of molesting students.

The desire of businesses to avoid litigation shouldn’t trump public safety. And it wouldn’t have to if companies providing information vital to other employers were protected. Though half the states offer some safety to employers who provide honest references, the laws don’t discourage frivolous defamation lawsuits.

A good point. Of course, I’m not sure how one designs a system that deems some people too dangerous to be employed and yet insufficiently so to be encarcerated or committed.

Not to mention that Kerry would point to it as Bush not doing enough about jobs. . . . 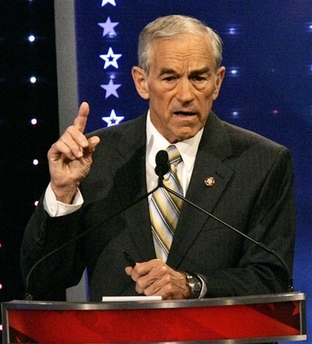