Jason Zengerle reports that Dennis Kucinich is even crazier and has less chance of getting elected president than you thought.

Kucinich’s ’08 gambit is less a presidential campaign than it is an elaborate fiction. That’s because, aside from participating in the debates, he does virtually none of the things a presidential candidate does.

Yes, Kucinich goes out and campaigns, but only in the narrowest slice of America– generally confining his stumping to vegan restaurants, small colleges, and other places that one finds within the listening area of a community radio station that broadcasts “Democracy Now!” And, as he hopscotches across this Pacifica archipelago, Kucinich doesn’t offer much in the way of traditional presidential campaign rhetoric. While he does talk about de-funding the war in Iraq and instituting single-payer health insurance, he spends much of his time dishing out gooey, New Age sentiments–telling people about how “we are interconnected and interdependent” and that “the call for human unity is the call to save the planet and save the world and the universe, and we imbue all of our citizens with the sense of love for each other.”

So Kucinich wages a Potemkin campaign. He declares that he expects to be president while he does nothing that would make that possibility, remote as it already is, closer to being a reality. Every politician, to be sure, lives in a bubble; but Kucinich’s campaign exists in its own biosphere. On his recent swing through New Hampshire, he began his day at a high school in the university town of Durham, where a group called “Teaching Peace” was holding a conference. There, amid booths selling “Unscented Peace Vigil Votives” and Native American crafts, he mingled with about 100 people. Many of the adults already seemed to know him. One, a self-described “awakening coach” named Robert Foulkrod, first met Kucinich when he came to a retreat on Foulkrod’s Maine farm 20 years ago. “I’m trying to inspire the city of Nashua to be organized for Dennis,” he explained, before adding, “I’m not organizing it myself. I’m into awakening people. Do you know anyone in Nashua?” Meanwhile, Kucinich’s attempts to win the support of those he didn’t personally know–namely, the high school students in attendance–were largely for naught. “I’m not old enough to vote,” one explained apologetically after Kucinich asked for her support. “But you’re old enough to influence thousands!” he pleaded in response. 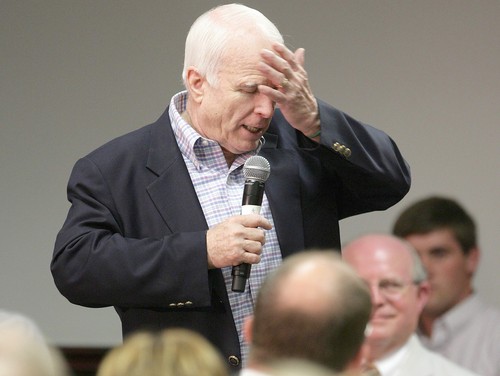