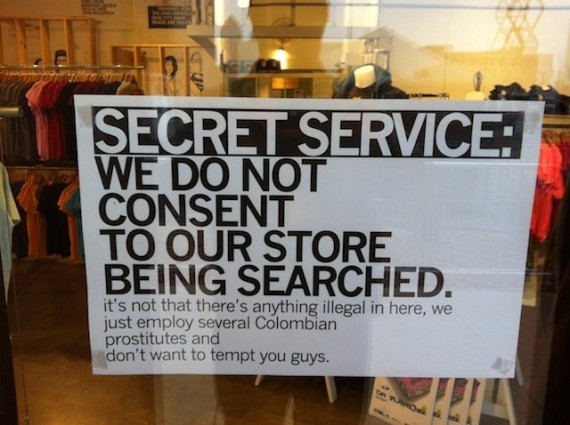 A store in Des Moines put the above sign in their window to mark the President’s arrival in Des Moines, Iowa for the final stop on his campaign. Yahoo News’s Chris Moody reports that Obama campaign advance team members asked them to take the sign down, but as of press time they had refused.