Apparently, getting the debt deal done was not a panacea. 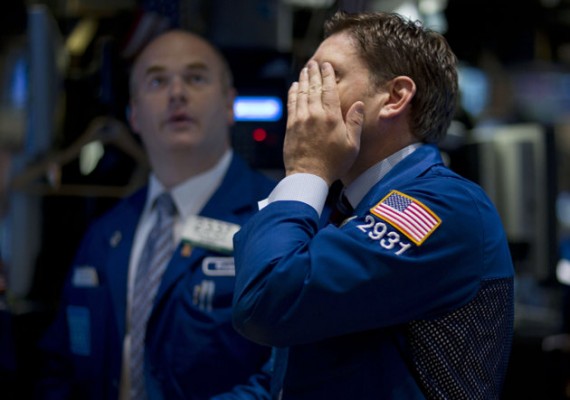 Apparently, getting the debt deal done was not a panacea.

The stock market is in the midst of its biggest retreat since the financial crisis.

The Dow Jones industrial average plunged as many as 440 points in Thursday afternoon trading. It is now down more than 1,200 points since July 21. The Standard & Poor’s 500 index is down 3 percent, bringing it nearly 11 percent below its recent high of 1,363 reached on April 29.

All three major indexes are down 10 percent or more from their previous highs, a drop-off that is considered to be a market correction. A drop of 20 percent or more signifies the start of a bear market, an extended period of stock declines.

Investors are increasingly concerned about the possibility of another recession in the U.S. and a debt crisis in Europe.

Not shockingly, President Obama’s poll numbers are down with the market. The stock markets had been about the only good economic news in recent months.