Douglas Kern carves out a pretty convincing explanation of why the messes that we saw in Florida in the 2000 cycle are still with us: “no one has an interest in fixing the problem.”

Do the lawyers want to fix the election laws? Many lawyers will make a killing in November, growing fat off the fees from election litigation. Why kill the golden goose? Moreover, the status quo holds out the possibility that a sufficiently clever legal strategy can subvert electoral results in close cases. What lawyer wants to relinquish that power?

Do the state legislatures want to fix the election laws? The problem only comes up once every four years, and state legislatures have enough trouble with the problems that arise annually. Consider also that election chaos can launch political careers. Katherine Harris is now a Congresswoman. But the more damning problem is the expense of election reform. Reliable voting machines, procedures, and workers cost money — money that can’t easily be funneled towards politically useful constituents. State budgets for “Improvements to the Legitimacy of Federal Elections” tend not to run a surplus.

Do the judges want to fix the election laws? Consider how many judges dream of handing a presidential election to their party’s candidate. And even if a neutral, unbiased judge fairly resolves an election dispute, there’s always an appeal. This is America, and by God, if there’s an aggrieved minority looking to subvert democracy to accomplish a goal, there’s an appellate judge somewhere who will make it happen. It’s not like any consequences attach to judicial election-thievery. How many members of the Florida Supreme Court lost their jobs over the 2000 election? How many Supreme Court justices?

Do the political parties want to fix the election laws? Ordinarily, when their candidates lose a major election, political parties enter a period of soul-searching and self-examination in which cherished beliefs are contested, flawed paradigms are discarded, and new champions anointed. But soul-searching is uncomfortable. It requires admissions of error. It unsettles the established party elders. And, most important, it tends to get people fired. As political party hacks like their jobs, they’ll embrace any outcome that allows them to dodge responsibility for failed campaigns. “Lose? We didn’t lose. Blame the courts!”

Moreover, it’s difficult to know in advance if a particular electoral reform will favor or disfavor a particular party. Who wants to be the genius who implements an electoral “reform” that ends up knocking your guy out of the presidency? 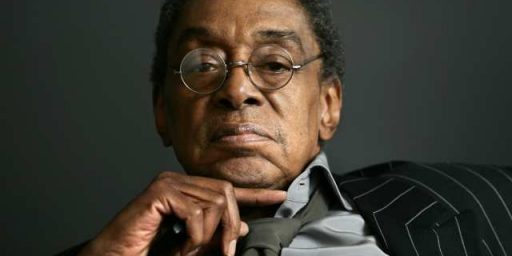