Americans have long been lampooned for not speaking a second language. Now our cousins across the Pond are getting it, too.

Americans have long been lampooned for not speaking a second language. Now our cousins across the Pond are getting it, too.

Guardian (“Most Europeans can speak multiple languages. UK and Ireland not so much“):

They’re still way ahead of the US, where most estimates have only 18 to 25 percent speaking a second language–although some think the numbers would be higher if the right questions were being asked.

Regardless, the answer as to why the English-speaking countries have such a deficit is obvious. This map that accompanied the Guardian piece is amusing: 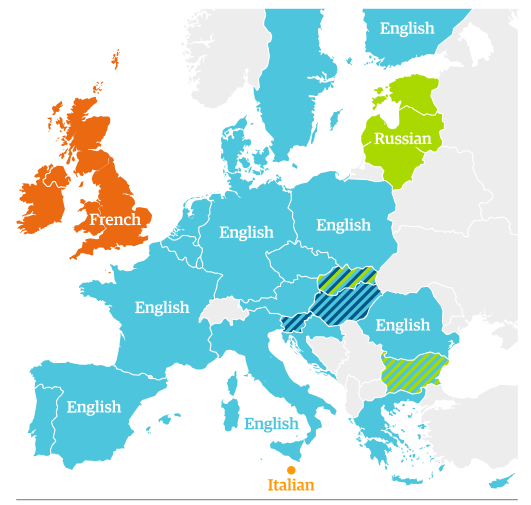 Anywhere an Englishman is likely to go, then, they’re likely to encounter people who speak English. Given that the United States is almost as large as all of Europe—and has predominately English speaking and even larger Canada to its north—it’s even more the case here.