Arnold Schwarzenegger’s foray into California’s gubernatorial recall election poses a dilemma for broadcasters who might be tempted to show his films during the race: Doing so would allow rival candidates to demand equal time.

For that reason, broadcasters in California will likely not air Schwarzenegger movies such as “Total Recall” and the “Terminator” or a repeat of a “Diff’rent Strokes” episode with Gary Coleman for the next few months.

Cable channels are not covered by the Federal Communications Commission’s equal-time provision, which in the past kept reruns of “Death Valley Days” off the air while Ronald Reagan ran for president. A repeat of a “Saturday Night Live” episode featuring Don Novello, aka Father Guido Sarducci, on cable, for instance, would not trigger the provision.

Novello, Schwarzenegger, Coleman and more than 240 other candidates have filed to run in the Oct. 7 election to recall Gov. Gray Davis. The equal-time rule kicks in on Wednesday, when the state is expected to officially certify the list of candidates.

Now that we’re no longer in an era where two or three broadcast stations are the only players in a market, the “equal time” rule is fairly silly. Obviously, when there are 200+ candidates for an office, all of them can’t get equal time. 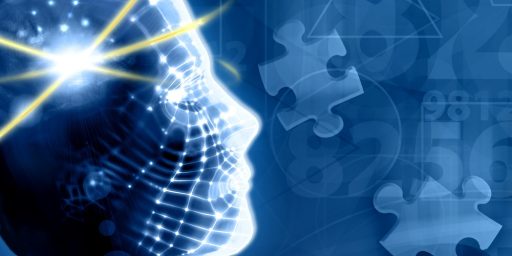 Don’t Know Much About The French I Took