Since the beginning of the telephone system, area codes have been generally strictly tied to the location where the phone was located. Someone in New York City would get a number with a 212 Area Code, New Jersey residents initially got 201, and, of course, the District of Columbia got 202. As time wore on and the number of phone numbers needed began to explode, the old area codes were divided up and new numbers assigned. I can still remember when 201, which by that time was used in Northern and most of Central New Jersey, was divided to make room for 908. Now, that area of New Jersey has six separate Area Codes, including three “overlay codes,” a term used to describe areas that are assigned more than one code. New York City now has six area codes all by itself.  At this point, only sparsely populated states are likely to have a single area code, and even those are starting to become rare.

Now, the FCC is considering a proposal that would sever the link between location and Area Codes completely:

Federal Communications Commission Chairman Julius Genachowski wants to change the rules of the telephone numbers game, according to commission officials.

Genachowski began circulating a series of proposals among fellow commissioners Wednesday that could make it easier for VoIP (voice over Internet protocol) providers to tap the national telephone numbers pool and eventually sever the relationship between an area code and an actual geographic area, the sources told POLITICO.

The proposals respond to calls by VoIP providers who do not like having to go through a phone-company middleman to get telephone numbers for customers. Numbers may seem prosaic, but they are dear to people’s hearts and a valuable commodity.

While some of these changes are already taking place in the marketplace, Genachowski thinks that modifying the rules can open the door for more services and increase competition, commission aides explained.

“Allowing VoIP providers to obtain telephone numbers directly, and not through intermediate providers, as is generally the case today, has the potential to fuel innovation and promote competition, at the same time we ensure calls are routed reliably and efficiently, protect public safety, and guard against exhaust of limited numbers,” a commission official wrote in an email.

Genachowski’s plan includes a notice of proposed rule-making that seeks comment on new rules governing the way VoIP providers get access to the pool of phone numbers. It also seeks to establish a pilot program to test direct numbers access and launches an inquiry into the way numbers are managed, including their relationship to a geographic area.

“Today, the chairman circulated a proposal to seek public comment on giving VoIP providers direct access to telephone numbers and to permit trials of direct access in selected markets,” the commission official wrote. “This item would advance our ongoing agency-wide effort to modernize our rules for today’s broadband marketplace, while promoting competition, protecting consumers, and ensuring public safety.”

If adopted, this would likely be the first step in a process that will eventually make location irrelevant when it comes to assigning area codes. In an era of cell phones, VoIP, and calling plans  that make the idea of “long distance” telephone calls seem like an anachronism, this seems like an inevitable outcome. 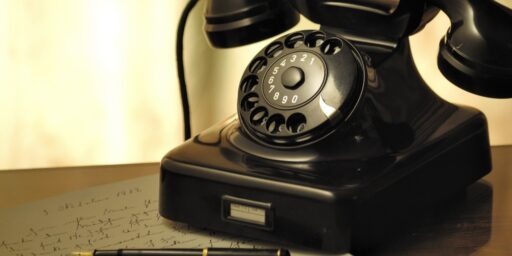