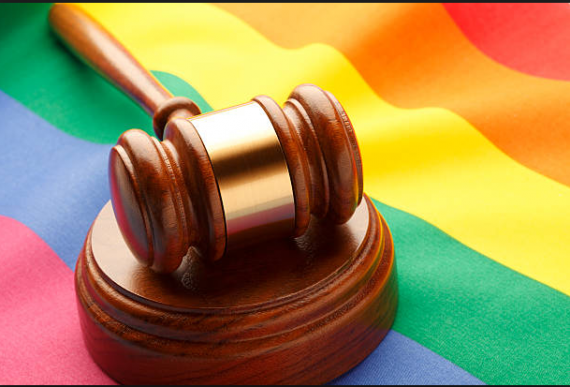 In a case that could have wide-ranging national significance for gay rights, a federal appeals court in New York ruled on Monday that a landmark civil rights law bars employers from discriminating against their workers based on sexual orientation.

The decision was a setback for the Justice Department, which under President Trump had unexpectedly interceded in a discrimination lawsuit filed by a sky-diving instructor. The department had argued that Title VII of the 1964 Civil Rights Act did not explicitly cover sexual-orientation discrimination in the workplace, a stance that put it at odds with another federal body, the Equal Employment Opportunity Commission.

In rejecting the Justice Department’s argument, the United States Court of Appeals for the Second Circuit became the second appeals court to rule recently that the Civil Rights Act, which outlaws bias in the workplace on the basis of “race, color, religion, sex or national origin,” should also be extended to include sexual orientation. A third appellate court in Atlanta has ruled differently.

While gay rights groups hailed the decision on Monday, the ruling could create a scenario in which the issue of gay rights at work will be decided by a Supreme Court that already bears Mr. Trump’s imprint, with his nomination of Justice Neil M. Gorsuch.

Altitude Express, the private party that lost the case on Monday, said it had not decided whether it would ask the Supreme Court to review the decision.

The 10-3 ruling by the Second Circuit stemmed from Altitude Express’s dismissal of a Long Island sky-diving instructor, Donald Zarda, in 2010. As Mr. Zarda was preparing that year for a tandem sky-dive with a female student, he told her that he was “100 percent gay.” Her boyfriend later complained to the school about the comment.

Mr. Zarda said he had made the remark to soothe the woman, who seemed uncomfortable with being so tightly strapped to him during the dive. Mr. Zarda filed a lawsuit, eventually claiming that his firing violated Title VII. Two courts in New York, including a three-judge panel of the Second Circuit, initially ruled against him.

In 2015, Mr. Zarda died in a sky-diving accident. His appeal, however, continued, and the legal landscape started changing. The E.E.O.C., under President Barack Obama, issued a ruling in a separate matter, finding for the first time that “sexual orientation is inherently a ‘sex-based consideration'” and should be protected by the law.

In July, the Trump administration decided to weigh in on the Zarda case. On the same day that Mr. Trump suggested on Twitter that transgender people would be barred from serving in the military, Justice Department lawyers filed a friend of the court brief in Mr. Zarda’s case, arguing that Title VII protections did not extend to sexual orientation.

In its brief, the Justice Department said that the E.E.O.C. was “not speaking for the United States.”

The Justice Department’s intervention in Mr. Zarda’s case led to sharp criticism from groups like the American Civil Liberties Union, which called the brief a “gratuitous and extraordinary attack on L.G.B.T. people’s civil rights.”

In a majority opinion joined at least in part by eight other judges, Chief Judge Robert A. Katzmann wrote, “Since 1964, the legal framework for evaluating Title VII claims has evolved substantially,” adding that it now included expanded protections against discrimination based on factors like “sex stereotypes.” The opinion said that the law should be read to include sexual orientation.

Judge Gerard E. Lynch, one of the dissenting judges, said in an opinion that he came to his decision “regretfully,” but that Congress had not included sexual orientation on its list of grounds to outlaw bias in the workplace.

“When interpreting an act of Congress,” Judge Lynch wrote, “we need to respect the choices made by Congress about which social problems to address, and how to address them.” Many states, he noted, had “recognized the injustice of discrimination on the basis of sexual orientation.”

“I hope that one day soon Congress will join them, and adopt that principle on a national basis,” he wrote. “But it has not done so yet.”

As I said in my post regarding the Seventh Circuit’s ruling, the argument in favor of extending the protections of the Civil Rights Act of 1964 to bar discrimination based on sexual orientation strikes me as being a fairly tenuous one that relies on what seems like an overly broad interpretation of applicable law. It’s clear from the legislative history of the Civil Rights Act that the ban on discrimination based on “sex” was intended to cover situations was hired, fired, or treated unfairly based on their gender, not on the question of whether or not they were discriminated against based on whether they were attracted to the opposite gender or their own gender. This was simply not an issue at the time the law was drafted and it’s difficult to imagine that the legislators who voted in favor of it intended that the law they were passing should be interpreted to apply to those types of situations. This has been most explicitly been recognized at the state level, where many states and localities have passed laws that bar discrimination based on sexual orientation by government agencies and by private businesses. At the Federal level, many people have been arguing in favor of a proposed law known as the Employment Non-Discrimination Act, which would expand Federal anti-discrimination law regarding employment to cover discrimination based on sexual orientation That law has been pending before Congress in one form or another for several years now but has not been brought up for a floor vote in either the House or the Senate. Instead of relying on the courts to deliver a very creative interpretation of a law that was passed fifty-four years ago, it seems to me that it would be more appropriate to leave the matter to the legislature where it belongs. As a general rule, it should not be the job of Judges to read things into statutes, or the Constitution for that matter, that clearly isn’t there. In this case, it seems clear that there is no ban on discrimination based on sexual orientation in the Civil Rights Act of 1964 and that it was never the intention of the drafters of that law or the Congressmen and Senators that the law cover such situations. Given that, the law should not be interpreted broadly to create liability under the law that clearly doesn’t exist based on a fair reading of the words on the paper.

None of this is to suggest that discrimination based on sexual orientation isn’t wrong on some moral level, of course. Ideally,  any discrimination based on anything other than one’s fitness for a particular job and job performance is unfair on some level. However, that is a different thing from the question of whether a law that was intended to bar one thing should be interpreted to bar something else. For better or worse, it is the job of the Legislative Branch to make law, the job of the Executive Branch to execute those laws, and the job of the Judiciary to interpret those laws in light of the Constitution. One can make the case that in our current political climate, the system isn’t exactly working that way and that it’s unlikely that something like ENDA is going to pass Congress unless Democrats gain control of both the House and the Senate, a filibuster-proof majority in the upper chamber, and a Democratic President, however, that’s immaterial to the situation. Judges should not be stepping in to do what some people think Congress should do just because Congress isn’t going to do it. That’s not how the law works, that’s not how the balance of powers set forth in the Constitution was meant to work, and that’s not how Judges should be doing their jobs.

Here’s the opinion of the Second Circuit, including concurring and dissenting opinions: