Via Daou Blog Report, I see that Kyle Mantyla, writing for People for the American Way’s Right Wing Watch, reports that two of the fired U.S. Attorneys had written op-eds and otherwise strongly lobbied for the renewal of the PATRIOT Act. Whether this demonstrates that “loyalty was a one-way street” within the Bush Administration is debatable, but it would seemingly rebut the idea that the firings were based on politics alone. Indeed, Mantyla points out that numerous USA’s who were “uncomfortable” with getting involved in a political campaign to influence the legislation managed to not get themselves fired.

Still, as Steven Taylor, hardly the poster boy for Bush Derangement Syndrome (commenter accusations notwithstanding), has been blogging up a storm on his discomfort with the process and how it has been handled. The fact that several moderate Republicans are coming out so strong this early is interesting.

I don’t find the fact that USA’s swear an oath “to uphold the nation’s laws and the Constitution” particularly compelling evidence that they are supposed to be “independent” of the president. I took that oath as an 18-year-old cadet and again upon commissioning as a second lieutenant in the Army. I can assure you, I was never under the illusion that I didn’t have to do what 26-year-old captains, much less the President of the United States, told me to do.

Nor am I too concerned about the fact that the AG’s office sent some emails back and forth about their newfound authority to expedite USA personnel issues, much less that they found senatorial intervention a nuisance. While I’m dubious of the PATRIOT Act’s getting rid of the traditional checks and balances here, that is in fact the law of the land. (I’m opposed to the Designated Hitter, too, but would use one were I, for some unexplained reason, managing an American League team.) Further, Senate approval can be a royal pain, not because of legitimate separation of powers scrutiny but because Senators are political creatures who have their own axes to grind.

On the other hand, allegations that the firings were motivated by political pressure to press specific cases, especially with impending elections in mind, are serious. Even more so, the idea that the AG and/or his senior staff misled or outright lied to Congress is problematic. I’m far from sold on either of those charges, especially since the second seems to hinge on the meaning of “politically motivated,” which is a pretty loose concept when you’re dealing with politicians and political appointees. 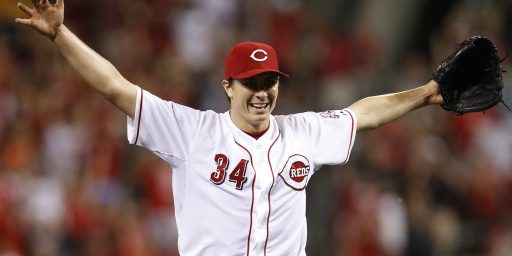