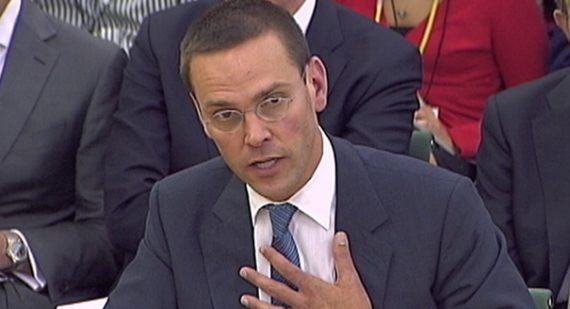 Rupert Murdoch’s son, who runs News International’s British newspapers, has been accused by two former aides of misleading Parliament about the extent of his knowledge of the phone hacking scandal at News Of The World:

British lawmaker says James Murdoch could be asked to clarify his testimony to a parliamentary committee investigating phone hacking after two former employees challenged his claim he had not seen evidence suggesting eavesdropping went beyond a jailed rogue reporter.

Murdoch’s former legal adviser and an ex-editor say they told Murdoch years ago about an email that suggested the rot at the News of the World was more widespread than previously claimed.

Meanwhile, one member of Parliament has referred the matter to Scotland Yard, and Prime Minister David Cameron has said that Murdoch the Younger has questions to answer. On the surface, this seems like your standard he-said/he-said kind of thing and absent documentary evidence it’s unclear that anyone could really prove that Murdoch was lying on Tuesday. At the same time, though, it’s pretty clear that public opinion in Britain has turned decidedly against the Murdoch’s and News International and that they’ve lost most of their former political power. To the extent they might be counting on old friends to get them out of this, whatever it might be, I think they’ll be waiting for quite some time.