A Jewish-American OSS hero has been denied the nation's highest military honor. 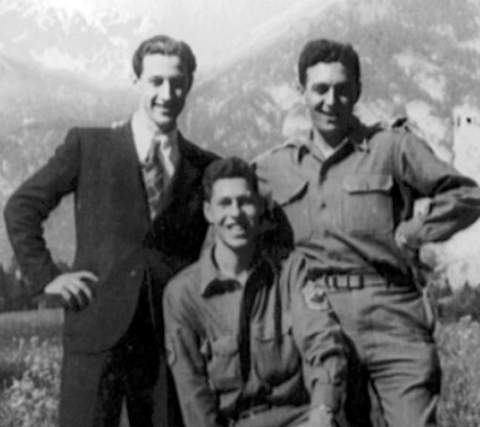 As the White House presents the Medal of Honor March 18 to 24 soldiers from World War II, Vietnam and Korea who didn’t receive the recognition they deserved because of their race or ethnicity, one group is calling for the same honor to be bestowed on Frederick Mayer, the “real ‘Inglourious Basterd.’ ”

The Office of Strategic Services Society, a nonprofit organization that celebrates the accomplishments of the OSS during World War II, said in a statement that it believes Mayer should have been the 25th man in the group of honorees.

Mayer, a Jewish refugee from Germany and a naturalized American citizen, was recruited by the OSS, the World War II predecessor to the CIA, according to the OSS Society.

He then volunteered to lead Operation Greenup, one of the most daring and successful missions behind German lines. Mayer’s actions were portrayed in the award-winning documentary “The Real Inglorious Bastards,” and in Patrick O’Donnell’s book, “They Dared Return: The True Story of Jewish Spies Behind the Lines in Nazi Germany.”

Mayer, now 92 and living in West Virginia, said the OSS Society contacted him about their efforts.

“They told me they’re not giving up,” he said. “I appreciate that, but it’s been turned down twice. I don’t expect anything to happen.”

The soft-spoken man also said he was not motivated by medals or awards.

I have no strong opinion on whether Mayer deserved the Medal of Honor. His heroism was genuine but I’ve read of Distinguished Service Crosses being awarded for the same sort of exploits. The Legion of Merit, which can be earned for peacetime duty, does seem rather meager. Regardless, Mayer is rightly hailed as a hero and, like most heroes, brushes aside the notion that he’s a hero.

What I do have a strong opinion on, however, is that Mayer bears little resemblance to the characters of the Quentin Tarantino film “Inglorious Basterds.” And that this is very much to his credit.

I enjoyed the flick which, like most Tarantino vehicles, had great dialog, interesting characters, and top-notch acting talent. It was compelling and entertaining fiction. But let’s be perfectly clear: the American soldiers portrayed in the movie, especially ringleader Lieutenant Aldo Raine, were war criminals committing horrific acts of terrorism in complete disregard for the law of war. They should have been tried and executed, not lauded as heroes.