Tim Geithner takes to the pages of WSJ to flesh out his Plan for Bad Bank Assets.

Our new Public-Private Investment Program will set up funds to provide a market for the legacy loans and securities that currently burden the financial system.

The Public-Private Investment Program will purchase real-estate related loans from banks and securities from the broader markets. Banks will have the ability to sell pools of loans to dedicated funds, and investors will compete to have the ability to participate in those funds and take advantage of the financing provided by the government.

The funds established under this program will have three essential design features. First, they will use government resources in the form of capital from the Treasury, and financing from the FDIC and Federal Reserve, to mobilize capital from private investors. Second, the Public-Private Investment Program will ensure that private-sector participants share the risks alongside the taxpayer, and that the taxpayer shares in the profits from these investments. These funds will be open to investors of all types, such as pension funds, so that a broad range of Americans can participate.

Third, private-sector purchasers will establish the value of the loans and securities purchased under the program, which will protect the government from overpaying for these assets.

The new Public-Private Investment Program will initially provide financing for $500 billion with the potential to expand up to $1 trillion over time, which is a substantial share of real-estate related assets originated before the recession that are now clogging our financial system. Over time, by providing a market for these assets that does not now exist, this program will help improve asset values, increase lending capacity by banks, and reduce uncertainty about the scale of losses on bank balance sheets. The ability to sell assets to this fund will make it easier for banks to raise private capital, which will accelerate their ability to replace the capital investments provided by the Treasury.

To my non-economist mind, that sounds eerily remniscient of the Troubled Assets Relief Program (TARP), the $700 billion plan passed last October to prop up the frozen financial system by buying, well, troubled assets.   Granting, arguendo, that the Bush administration, which ran the first part of TARP, was evil and incompetent and the Obama administration is all sweetness, light, and omniscience, why would this work any better the second time around?

I know remakes are all the rage but usually they involve movies that 1) were successful at the box office and 2) were made long enough ago that teenagers haven’t already seen them.   By contrast, TARP was a veritable Ishtar and is barely out on DVD.

The economist mind of Brad DeLong leads him to support the package, given the alternatives.  The John Bates Clark Medal and Nobel Prize-winning economist mind of Paul Krugman thinks this is too little, too late.  This makes DeLong nervous but not enough so to change positions.

DeLong offers an amusing but obviously incomplete list of Four Groups of People into which the world is divided.  For example, neither Krugman nor I fit into any category.   He also offers a handy dandy Geithner Plan FAQ.  Krugman thinks it’s a nice try but ignores some salient downsides.

This point, especially, strikes me as right:

[I]t’s immediately obvious, if you think about it, that these funds will have skewed incentives. In effect, Treasury will be creating — deliberately! — the functional equivalent of Texas S&Ls in the 1980s: financial operations with very little capital but lots of government-guaranteed liabilities. For the private investors, this is an open invitation to play heads I win, tails the taxpayers lose. So sure, these investors will be ready to pay high prices for toxic waste. After all, the stuff might be worth something; and if it isn’t, that’s someone else’s problem.

Or to put it another way, Treasury has decided that what we have is nothing but a confidence problem, which it proposes to cure by creating massive moral hazard.

Update (Alex Knapp) Regarding the moral harzard of TARP 2.0, I believe that John Cole has put it best:

If this were a medical emergency, it appears it would look something like this:

The Illness– reckless and irresponsible betting led to huge losses
The Diagnosis– Insufficient gambling.
The Cure– a Trillion dollar stack of chips provided by the house.
The Prognosis– We are so screwed.

Update (Steve Verdon): Maybe we can call them Patriot Loans or Big Penis Loans. I’d like to note that I was noting this possible policy several weeks ago. In other words, Geithner is going back to the original Paulson Plan.

I do have to admit that I find it amusing that now that it is “their guy” (i.e. Obama) who is making this pitch Brad DeLong likes the plan and Krugman merely thinks it is too little too late. I’d be curious to know their initial views on the plan back when it was the Paulson Plan not the Fluffy Bunny Loan Program. 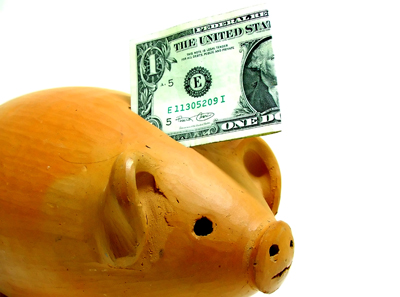