Germany to Deport Hundreds of Islamists

German officials are drawing up lists of hundreds of Islamic militants to be deported from the country under a new law making expulsions easier, the German weekly magazine Der Spiegel said on Saturday. Der Spiegel said authorities were already using their powers under an immigration law introduced this month in conducting an operation dubbed “Aktion Kehraus” (“Action Sweep Out”). The Interior Ministry declined to comment on the report beyond saying that deportations were a matter for Germany’s 16 federal states.

Under new rules, potential deportees will not be able to use normal legal channels to challenge an expulsion order. A special panel of the Federal Administrative Court will be responsible, with no right of appeal. Der Spiegel said judges were expected to deal with up to 2,000 cases per year.

Since the revelations in 2001 that Arab students who had lived for years in Hamburg led the Sept. 11, 2001 attacks on the United States, Germans have questioned their liberal laws under which some suspected militants even draw welfare benefits. Interior Minister Otto Schily has suggested that evidence of training at an al Qaeda camp should be clear grounds for expelling a foreign national. Distributing videos calling for “holy war” could also be punished the same way.

Given Germany’s history, this will certainly raise some eyebrows. One wonders, too, whether the Germans wouldn’t be better with the suspected terrorists under surveillance in Germany rather than unsupervised elsewhere. 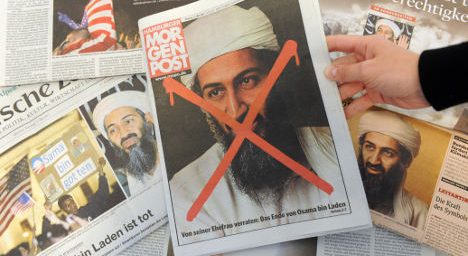