A diarist at RedState and some on Twitter are perpetuating a really tired meme.  Noting that Google has fun logo redesigns for various insignificant observances, they point to a lack of same for Veterans’ Day, Memorial Day, Easter, Christmas, or whathaveyou as proof that Google is a leftist front that hates America and doesn’t love Jesus.

In addition to being a reflection of incredibly low self-esteem — do we really need a search engine to validate the occasions we deem important? — they’re generally simply untrue.

If one bothers to go to Google.com today, one sees: Technically, it’s not a standard logo redesign.  But, surely, an American flag, a yellow ribbon, and the slogan “In honor of the soldiers who have given their lives for our country” is a reasonable gesture for a search engine to make on the occasion?  It’s more than, say, OTB or RedState have done to redesign our sites.

Beyond that, Google has long stated that, “We try to be sensitive that a doodle is not the most appropriate way to recognize certain events, especially those that are more somber in nature.”  Commemorating the deaths of hundreds of thousands of fallen servicemen would seem to fall into that category.

Correction:  The original attributed the first link to “The gang at RedState” but this is just a random diarist, not a front page poster. 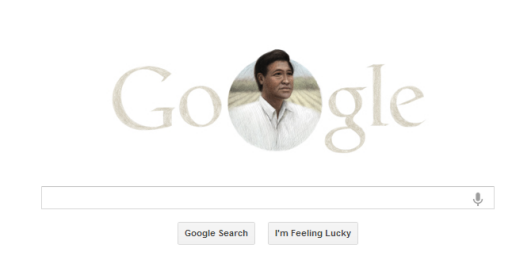