There are three and only three circumstances under which a man may wear a bracelet.

Under the title “Everything To Ever Know About ‘Man Bracelets,'” the Esquire Style Blog links to a New York Magazine feature on “Bracelets Through the Ages” featuring this diagram: 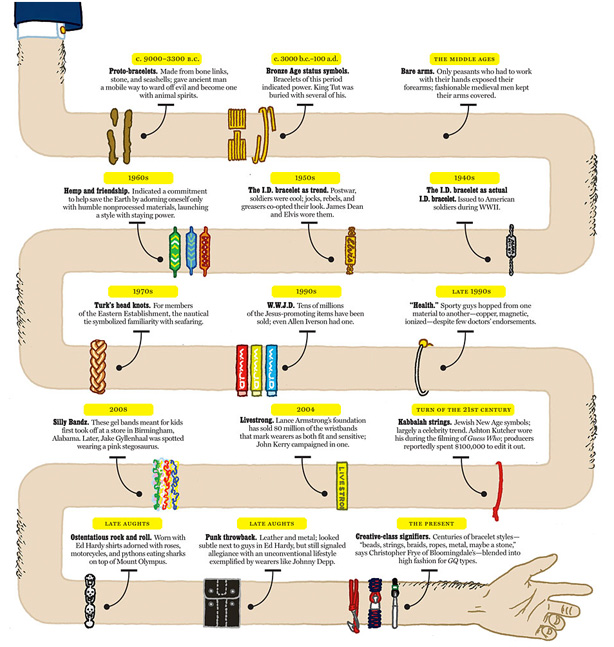 It advises, “Bracelets are back in for dudes, fueling a surge in men’s accessories that has forecasters predicting twenty-year sales highs. As the rich history of male wrist adornment shows, Allen Iverson, James Dean, and Gork the Caveman would approve.”

Let me be clear. There are three and only three circumstances under which a man may wear a bracelet.

1. Medical necessity. If the staff at the hospital won’t allow you to have surgery without a plastic bracelet, put on the bracelet. Similarly, if you have a life threatening medical condition and need to alert the EMTs to it in case they happen to find you unconscious somewhere, you may wear a bracelet serving that function. In this case, however, weigh the likelihood of EMTs finding you unconscious somewhere.

2. Fatherhood. If your child made a bracelet for you and gave it to you as a present in the past three days, you are permitted to wear said bracelet.

3. Warrior solidarity. If your bracelet has the name of an American serviceman missing in action engraved on it, you may wear it until he makes it home. 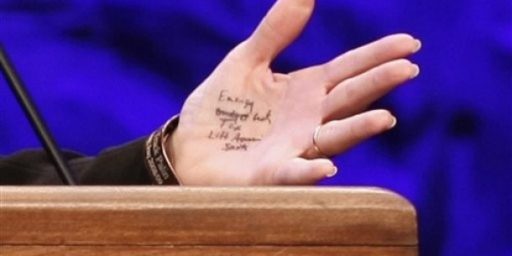