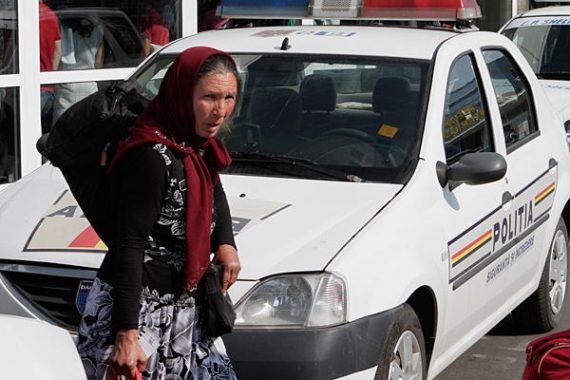 France, which has earned international attention for banning the hijab, is now at it again, cracking down on the Roma.

French President Nicolas Sarkozy’s plan to crack down on illegal gypsies from Romania and Bulgaria got concretely under way this week, as the first of some 700 “Roma” deportees were put on planes bound for Bucharest.

Since late July, French authorities have been shutting down gypsy camps and rounding up those deemed illegal in a highly profile security push criticized by Mr. Sarkozy’s political opponents at home, as well as by various European Union and UN organs. France is host to some 15,000 Gypsies from south central Europe.

Some 73 Roma – as the non-French gypsies are known here – were put on flights today from Lyon, and 14 put on a Paris flight.

French Interior Minister Brice Hortefeux says the initiative is “humane” and argues that France is not “stigmatizing any community.”

What’s fascinating about this is that a large number of American conservatives apparently want us to be more like France.  That’s particularly ironic given the scorn the Cheese Eating Surrender Monkeys received in the aftermath of the Iraq War fight.  And that “Freedom” became the replacement word for “French.”