It was 79 years ago today that the legislatures of Ohio, Pennsylvania, and Utah each ratified the 21st Amendment to the Constitution, which repealed the 18th Amendment, which had ushered in America’s failed experiment in alcohol prohibition. Technically, Prohibition itself didn’t end until April 1933 when the Volsted Act was formally repealed, but it still strikes me as a good day to have a drink in celebration: 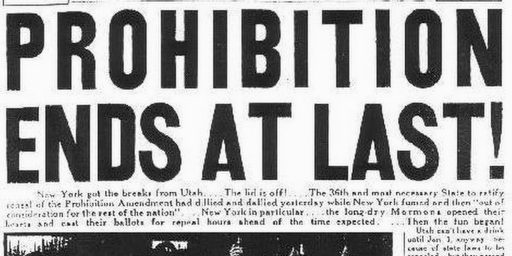