I think there are some Muslims out there in desperate need of dictionaries. This
Reuters article states that Muslims think the West is being hypocritical about the Muhammed Cartoons.

Muslims have decried as hypocrites Western dailies which have cited free speech as the reason for printing disrespectful cartoons of the Prophet Mohammad, saying the same newspapers take pains to avoid lampooning Jews.

Right. But let’s see what we find in the the Arab newspapers around the world. 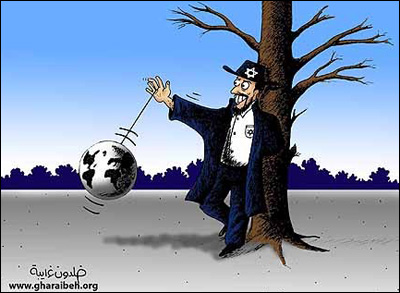 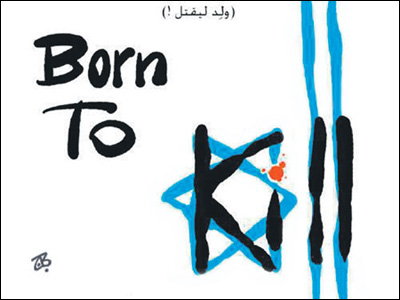 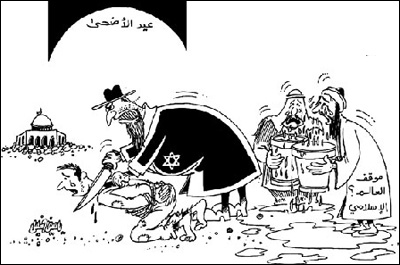 Yep, these guys sure know what they are talking about. And compared to these cartoons the ones of Muhammed seem well, like no big deal at all.

What is really insulting, some Muslim clerics and politicians say, is that Europeans do not think twice about denigrating Islam but view ridicule of Judaism as anti-Semitic.

That is because it is you idiots. Of course, nobody is demanding that the Muslims stop or else they’ll be bombed.

Fortunately there is a shred of hope,

“If we want to be respected, we must respect others,” said Fadi Shalah, a Lebanese businessman. “And burning embassies in the name of our Prophet is the ultimate insult.”

Update: Well, I wonder what muslims will say about the Imams that have made disparaging images of the Prophet Muhammed? This strikes me as far more egregious than anything the Jyllands-Posten has done.