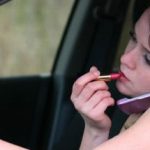 Transportation Secretary Ray LaHood said using a cell phone while driving is so dangerous that devices may soon be installed in cars to forcibly stop drivers — and potentially anyone else in the vehicle — from using them.

“There’s a lot of technology out there now that can disable phones and we’re looking at that,” said LaHood on MSNBC. LaHood said the cellphone scramblers were one way, and also stressed the importance of “personal responsibility.” …

“I think it will be done,” said LaHood. “I think the technology is there and I think you’re going to see the technology become adaptable in automobiles to disable these cell phones. We need to do a lot more if were going to save lives.”

In short, the Obama Cabinet’s token Republican thinks “personal responsibility” means the federal government taking away your right to make a judgment as to whether or not to use even a hands-free phone in your car, take advantage of your smartphone’s GPS navigation, call 9-1-1 if you’re in an accident or for directions when you’re lost, or even if your passengers can make cell phone calls in your car. And God help you if a family member has an emergency while you’re behind the wheel. Even better: This will increase the cost of any car you buy, so you get to pay for the Nanny State’s notions of “personal responsibility.”

When I was a kid, my dad owned a small business repairing electronics. For a couple of years in the late 70’s he made nice money from customers who brought their cars in to have the buzzer that wouldn’t turn off if they didn’t buckle their seatbelt disabled until the car companies realized what a wretched idea that “feature” was. If this goes through, I predict a booming business providing similar services.