Modern devices are more fragile, frustrating, and resource intensive than those of a decade ago.

It apparently started at TruthFacts a few weeks back. While somewhat amusing, it obviously focuses only on the ways modern mobile devices are worse than the phone-only models of years ago, eliding all of the ways in which they’re superior. After all, most of us gladly made the switch to smartphones and few, indeed, would trade them for a 1996—or even 2006—model phone despite the drawbacks noted above.

Those, of course, were light years better than the earliest mobile phones:

1973 was the year that saw our liberation – from landlines, telephone booths, and other trappings. That was the year that the first cell phone, a Motorola built by a team led by Martin Cooper, was tested and released. Its price tag was in the thousands, and though the technology may seem clunky and even comical to Millenials who grew up with phones that could fit snugly in their palm, the first model was a breakthrough. Since it was both expensive and new, the first cell phone became a status symbol in the way that the latest iPhone or Android model might be today. They are ubiquitous in yuppie caricatures of the period, foreshadowing the culture of constant connectedness and accessibility to the workplace that some celebrate and some lament.

The grey, brick-like rectangle may bring to mind the shoe-phone from Get Smart rather than the sleek smartphones of today or the flip-phones of a generation ago. In other words, it may seem more like a relic than a pivotal turning point, even for those who comprehend its significance on an intellectual level.

Of course, only the very rich could afford those devices. Few people I knew had a portable phone until the mid-1990s and they were mostly for emergencies.

Rahul Chowdhury traces the evolution of mobile phones from 1995 to 2012, demonstrating how rapidly they evolved in both form and function. It’s difficult to tell from the graphic, but the “Then” phone appears to be from no earlier than 1999 or later than 2002. Even by then, mobile phones had come a long way (click the link for pictures):

In 1995 mobile phones used to look like this, huge in size and with a pretty long antenna. It is similar to today’s cordless phone. It must seem real odd to us now, but back then this cell phone were the craze of the day.

In 1996, mobile phones became a little more defined and better looking than how they were before. Antennas were shortened and the designs modified; the features were also upgraded. The above image shows Nokia 9000 which was one of the most popular phones of that time.

In 1996, the antennas vanished from the mobile phones, giving an improved look than how it was before. This enhancement also saved space and marked the introduction of internal antennas in the mobile phones. The above image shows a typical cell phone of 1997 from telco AT&T.

[In 1998] Though antennas were removed from most of the mobile phones, there are still some of them who retained antennas and changed the typical colour of black to vibrant coloured cases instead. The above image shows Nokia 5110 which was launched in 1998 and was available in a variety of colours to choose from.

But even those of the era being touted were light years behind modern smartphones.

In 1999, mobile phones were given a more compact look. The above image shows a Nokia 3210, features cool colours, internal antenna and better graphics in a much smaller package than previous phones.

In 2000, the world’s first touchscreen phone came out. Although it didn’t have advanced touchscreen technology like those available today, but at that time it was a huge craze and the introduction of a promising technology. The image shows a Motorola phone which has a simple black and white touchscreen, allowing easier access to various features than before.

2001 was the birth year of the world’s first monochromatic display cell phone, and with that we wave goodbye to the old and boring black display. The image shows a Nokia 8250, which had a single colour display, for example the background was not the same grey background anymore, it had backgrounds of different colours like blue, which along with the compact design made this phone a great choice for everyone.

That’s right: It’s quite possible that the phone being touted didn’t have a camera at all. If it did, it was bloody awful. In the next decade, though, a revolution would take place:

In 2003, the clam shell phone very much like the Samsung S300 above was introduced. mobile phones are no longer limited to single screen. This model has a small screen on the outside to notify calls and text messages coming in, and a big screen on the inner for the user to type messages and carry out other functions of the phone.

2004 gave rise to the one of the slimmest cell phone of the time, created by Motorola. The above image shows a Motorola V3, which was in a class of its own, bearing stunning looks, a slim shape, dual screen, VGA Camera and lots of other exciting features. mobile phones have come a long way from brick-like bulky to stylish sleek that can fit in your shirt pocket. Surely we’ve reached the pinnacle of cell phone evolution, right?

In 2005, Sony unveiled the world’s first Walkman phone, and W800i was truly an awesome phone definitive of the series. The Sony W800i shown here was built for delivering great music and with dedicated buttons for music playback, Memory Stick support, which made it a great gadget for enjoying music anytime on the go. And it still serves all the main purpose of a cell phone.

In 2006, mobile phones were transforming with into a stylish gadget. It began its new role as an accessory to mark the personality of the owner, to make a statement of what defines one’s preferences, likes and dislikes. The LG Chocolate, was a great example of how cellphone designers are putting style in the forefront of cell phone design.

In 2007, Apple Inc unveiled the Apple iPhone, which was the world’s first advanced touchscreen smartphone. It’s the first phone to have an operating system, the iOS, and by enabling apps to run on the phone, it had allowed cellphones to become the primary mobile device of use. Having an iPhone became a source of pride.

In 2008, as dependence on the laptop as a necessary tool for work increase, mobile phones undergo transformation to become the device to have with you on-the-go. The HTC G1, which was a slider cell phone that hides a full QWERTY keypad beneath its large screen, runs on the Android OS.

In 2009, mobile phones can still fit in your palm but the screens get bigger and bears higher resolutions for high performance display. The Motorola Milestone carries a large touchscreen, full QWERTY Keypad and ran on Android OS, delivering advanced features to work with.

In 2010, mobile phones were transformed into something like this. Have you ever imagined that you could see this kind of cell phone evolving from the typical brick type heavy phones in the past? The above image shows a Motorola Backflip, which featured a new kind of form, allowing the user to flip the screen on the back of the phone for easy working, as shown above.

2011 marked the return of the touchscreen which dominated the mobile gadget scene with its powerful hardware and sleek looks. The above image shows a Samsung Galaxy S II, which has just about all the things that a cell phone and its owner needs in this modern age. It has an 8MP camera and AMOLED Display, runs on the Android OS, is less than 1 cm thick, supports web browsing, calls and has an in-built GPS. This was the phone to beat in 2011.

In 2012, we have the Nokia Lumia 800, which runs on the Windows 7 Mobile Edition OS. No one could have imagined that in a mere 17 years, mobile phones could have made the leap from just being the alternative to landlines to becoming a computer, GPS, radio and our lifeline to the Internet, and still be able to fit in your pocket.

Of course, they’ve continued to evolve, although not all that radically in the last two years. But the processors are more powerful, the cameras are more useful, the Internet connection has gotten better, more local storage is available, integration with the cloud is more advanced, and websites are increasingly being formatted with mobile in mind.

In short, the comparison being made is rather silly: between a largish phone that may have had some basic texting capability and a crappy camera with a miniaturized personal computer that fits easily in one’s pocket. 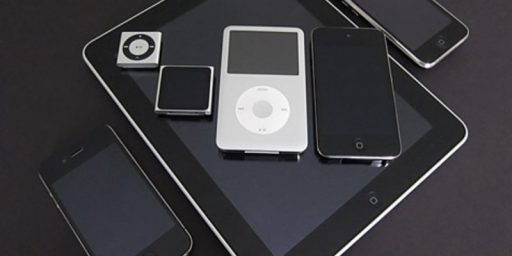