President Obama's surprise announcement Friday that all U.S. forces would leave Iraq in time to be home for the holidays has been roundly condemned. While there are real concerns about what happens next, there was no better alternative. 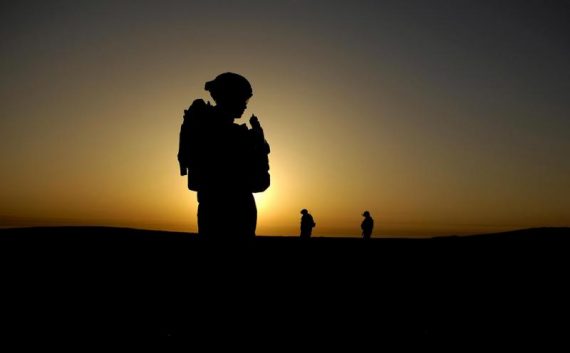 President Obama’s surprise announcement Friday that all U.S. forces would leave Iraq in time to be home for the holidays has been roundly condemned. As I argue in my New Atlanticist piece “Leaving Iraq a Necessary Risk,” while there are real concerns about what happens next, there was no better alternative.

While there are no doubt many Republicans looking for any excuse to condemn Obama for foreign policy weakness, there’s an actual policy dispute here. Retired General Jack Keane, former Vice Chief of Staff of the US Army and key advocate of the 2007 Surge, is among the most credible critics, calling it a “disaster” in an interview with Rowan Scarborough of the Washington Times. He declares, “We won the war in Iraq, and we’re now losing the peace.” He continues, ”We should be staying there to strengthen that democracy, to let them get the kind of political gains they need to get and keep the Iranians away from strangling that country. That should be our objective, and we are walking away from that objective.”

When the outgoing Bush administration negotiated this timetable three years ago, it was widely assumed that it would be renegotiated to allow a significant number of American forces to remain on the ground in a supporting role. Al-Maliki would surely prefer to allow that to happen. But the only way he could allow that politically was to insist that they be subject to Iraqi sovereignty. And no American president could allow that. Even our forces in developed states like Germany and Japan are under Status of Forces Agreements that cede jurisdiction over criminal matters to US authorities. And they’re not in a position where their official duties call for them to shoot local nationals.

McCain and others have argued that Obama could have overcome this objection if only he had the will. But Christopher Hill, who served as US Ambassador to Iraq from 2009 to 2010, puts it succinctly: “It is hard to see what any U.S. administration should do when a country’s leaders no longer want to station our troops on their soil. Threaten them? Bribe them? Somehow offer more compelling arguments so that they will slap the side of their head with the palm of their hand and say, ‘oh! Now I understand!'”

Additionally, as The Atlantic’s Conor Friedersdorf points out, “The U.S. was always going to leave Iraq eventually, and Iran was always going to exert more influence on the region as a result.” He adds, “if the war you advocate requires for its success the indefinite deployment of U.S. troops, you’ve advocated a failed war.”

It has been almost eight years since U.S. forces toppled Saddam Hussein’s regime. At some point, the Iraqis were going to have to manage their own affairs. Ready or not, that time has come.